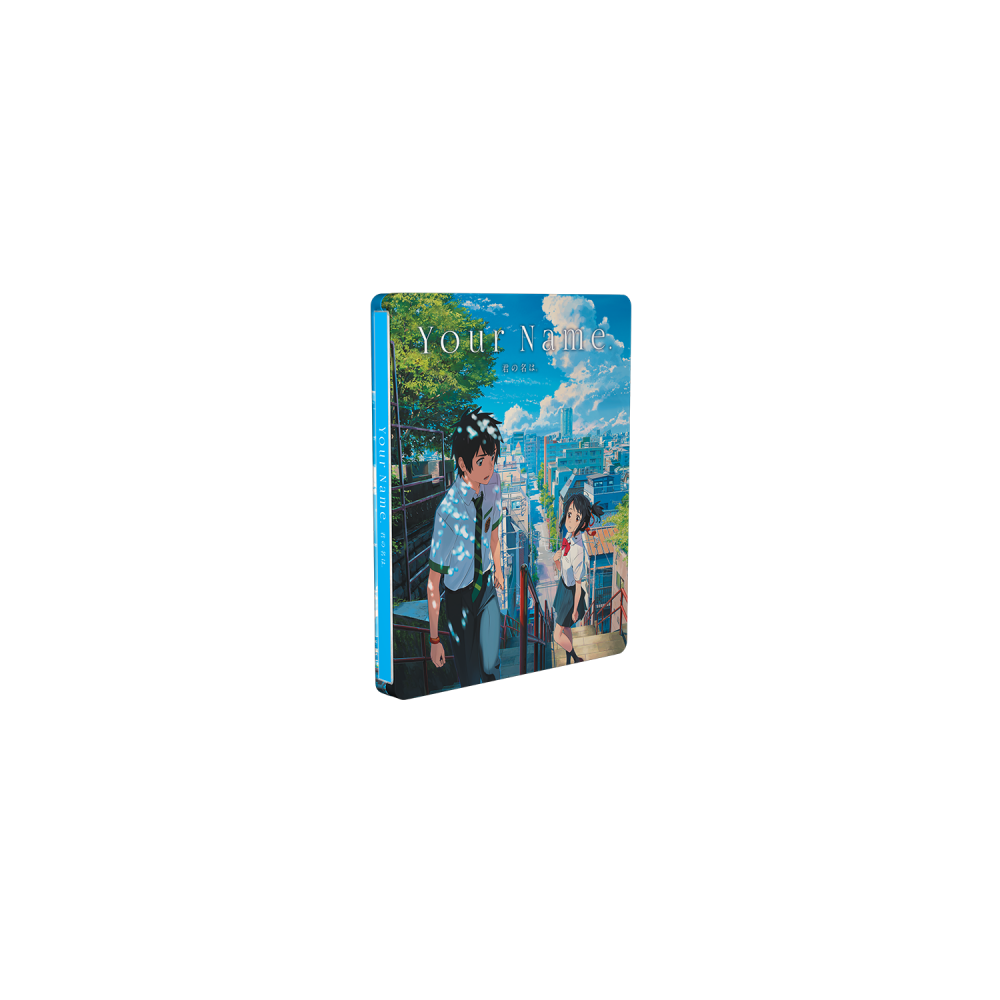 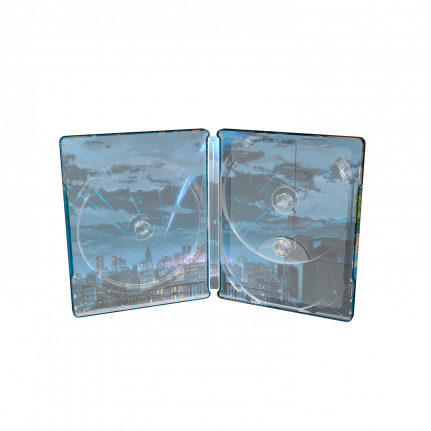 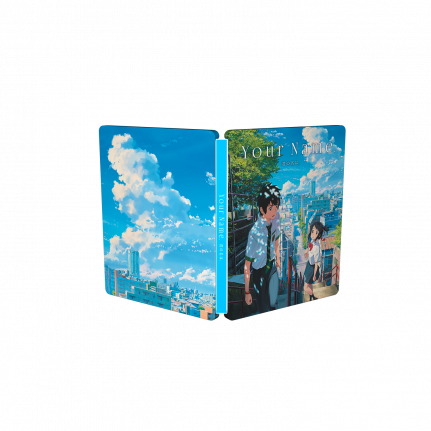 The critical acclaimed Japanese anime” Your Name” comes in a special SteelBook® edition including DVD disc, Blu-ray disc and the CD soundtrack by RADWIMPS. The film has both the English dub and the original Japanese track with English subtitles. The metal canvas is creatively used to bring depth into the sky which makes the front characters stand out.

From director Makoto Shinkai, the innovative mind behind Voices of a Distant Star and 5 Centimetres Per Second, comes a beautiful masterpiece about time, the thread of fate, and the hearts of two young souls.

The day the stars fell, two lives changed forever. High schoolers Mitsuha and Taki are complete strangers living separate lives. But one night, they suddenly switch places. Mitsuha wakes up in Taki’s body, and he in hers. This bizarre occurrence continues to happen randomly, and the two must adjust their lives around each other. Yet, somehow, it works. They build a connection and communicate by leaving notes, messages, and more importantly, an imprint.