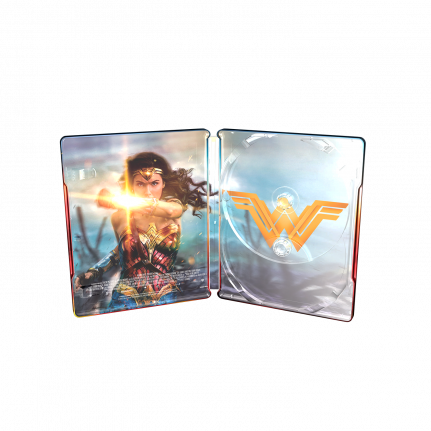 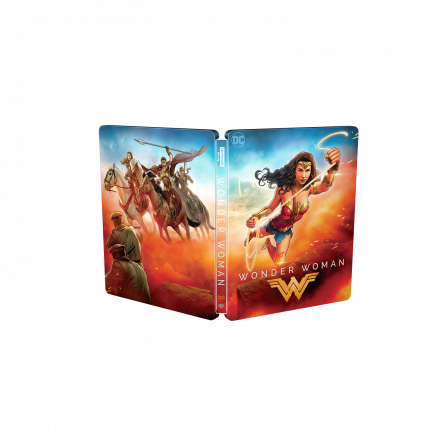 An Amazon princess named Diana lives an idyllic existence on an island occupied solely by female warriors, but her life changes forever after American pilot Steve Trevor crash-lands nearby. When he tells her that a massive war is engulfing the planet, she decides to travel with him to the outside world, hoping to use her powers to put an end to the conflict. Along the way, she becomes the legendary superheroine known as Wonder Woman. Directed by Patty Jenkins, this is the first solo feature film for the iconic DC Comics character. The North American SteelBook® case features an illustrated treatment as a shout-out to the franchise’s comic book roots.