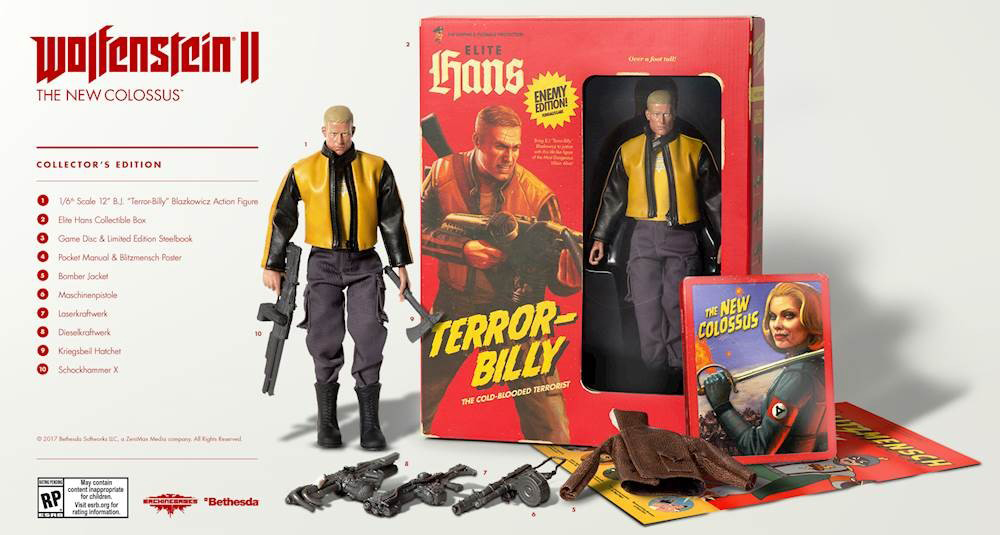 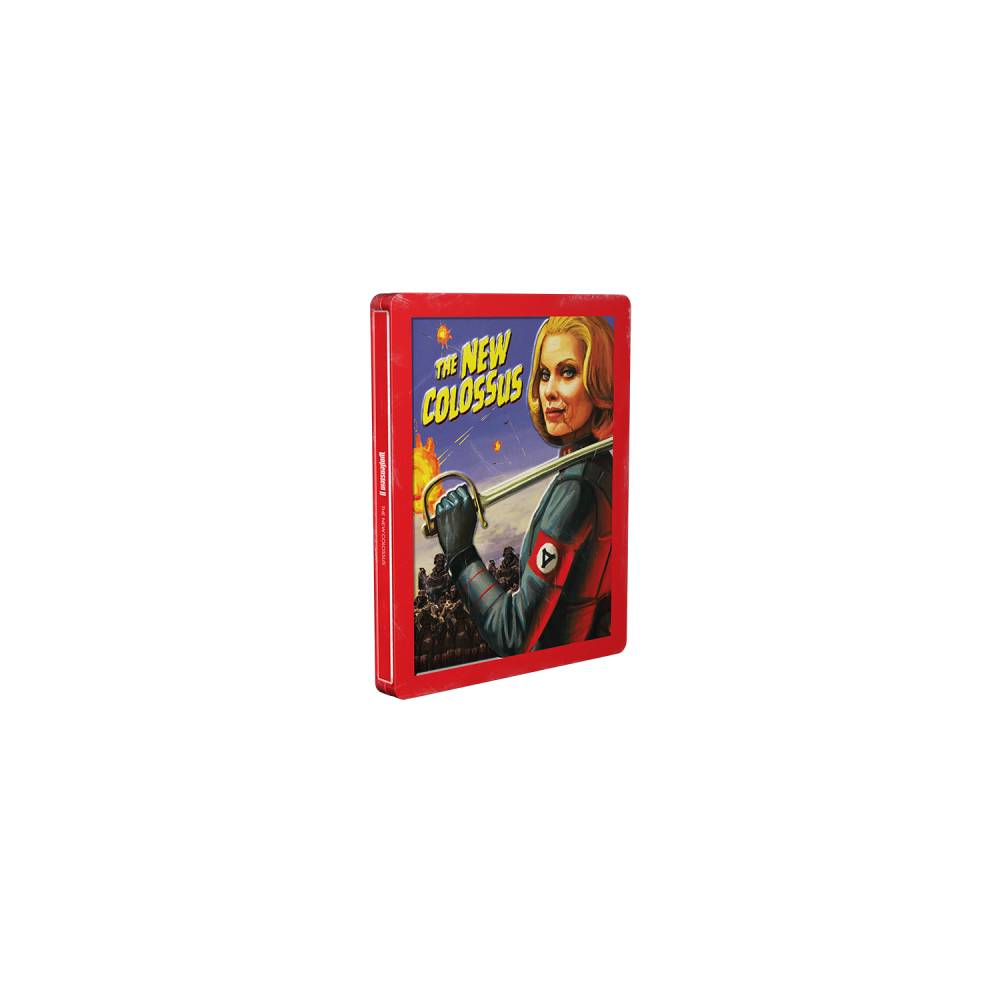 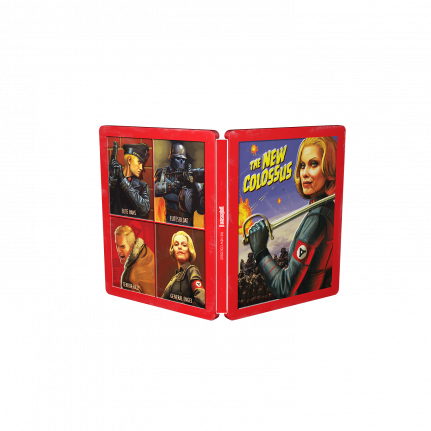 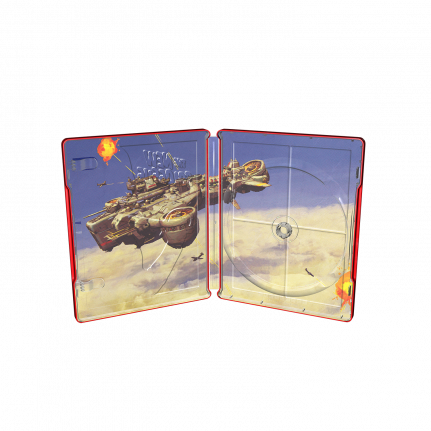 Wolfenstein® II: The New Colossus™ is the highly anticipated sequel to the critically acclaimed first-person shooter, Wolfenstein®: The New Order™ developed by the award-winning studio MachineGames. An exhilarating adventure brought to life by the industry-leading id Tech® 6, Wolfenstein® II sends players to Nazi-controlled America on a mission to recruit the boldest resistance leaders left. Fight the Nazis in iconic locations such as small-town Roswell, New Mexico, the flooded streets of New Orleans, and a post-nuclear Manhattan. Equip an arsenal of badass guns, and unleash new abilities to blast your way through legions of advanced Nazi soldiers, cyborgs, and übersoldiers in this definitive first-person shooter.

The SteelBook® case is designed to emulate propaganda posters, made to look distressed, and then embossed with the greatest of care to give you the ultimate edition to enjoy for many years after the apocalypse!