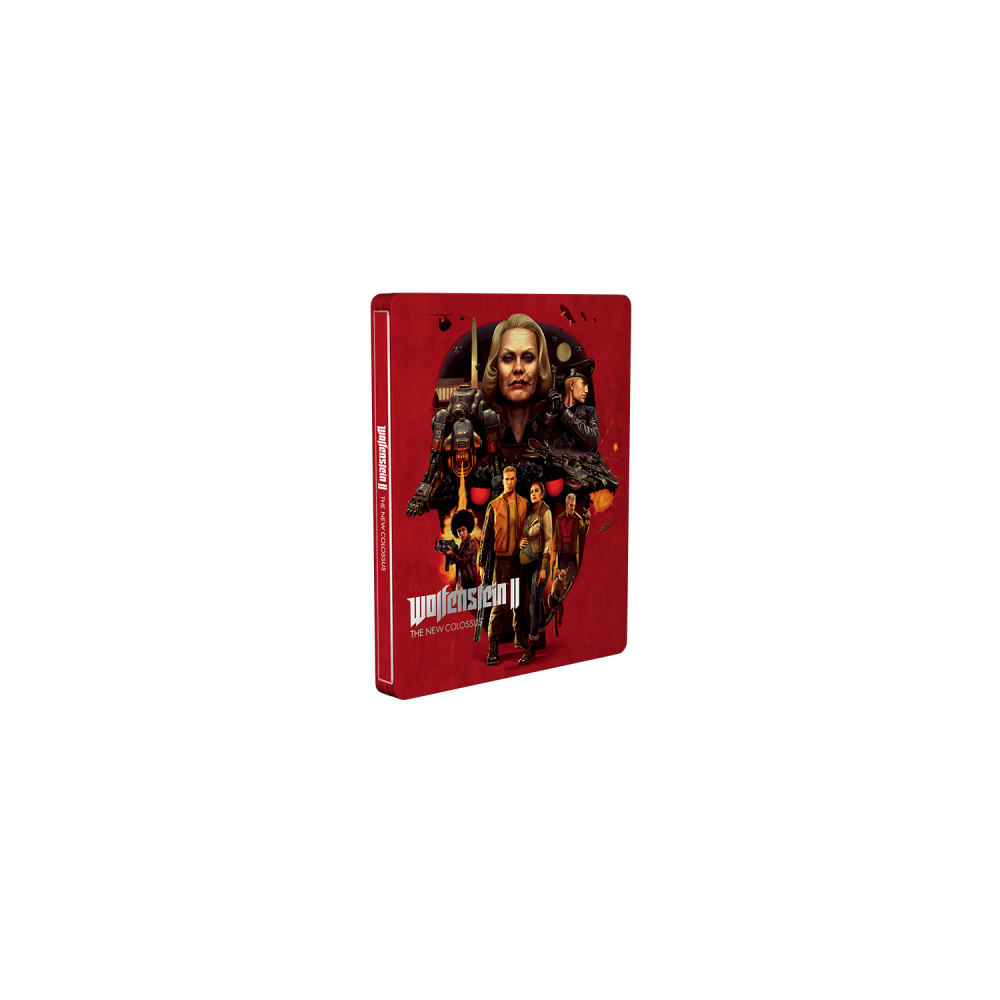 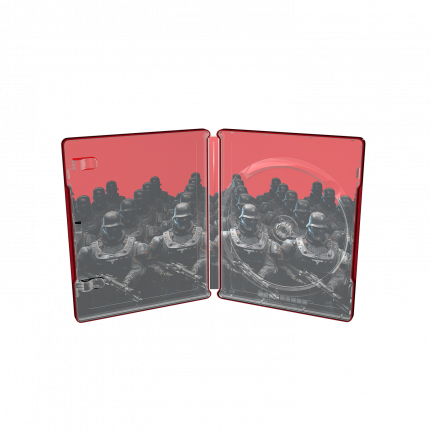 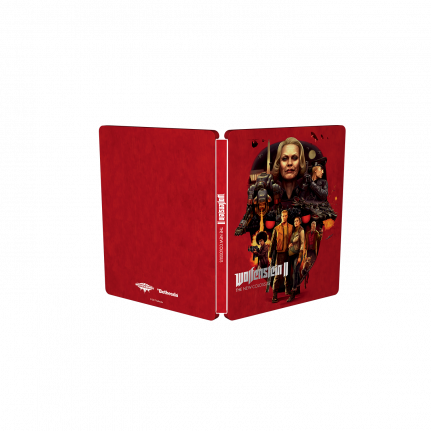 The deep red Wolfenstein II SteelBook® edition becomes even more lush under the fantastic glossy varnish. The details in the front artwork get an interesting play from a creatively designed metal shine.

AMERICA, 1961
Your assassination of Nazi General Deathshead was a short-lived victory. Despite the setback, the Nazis maintain their stranglehold on the world. You are BJ Blazkowicz, aka “Terror-Billy,” member of the Resistance, scourge of the Nazi empire, and humanity’s last hope for liberty. Only you have the guts, guns, and gumption to return stateside, kill every Nazi in sight, and spark the second American Revolution.

Share this release
Like this, then you'll love...
Trailer Release
Specs
Where to buy
Asia Pacific
Europe