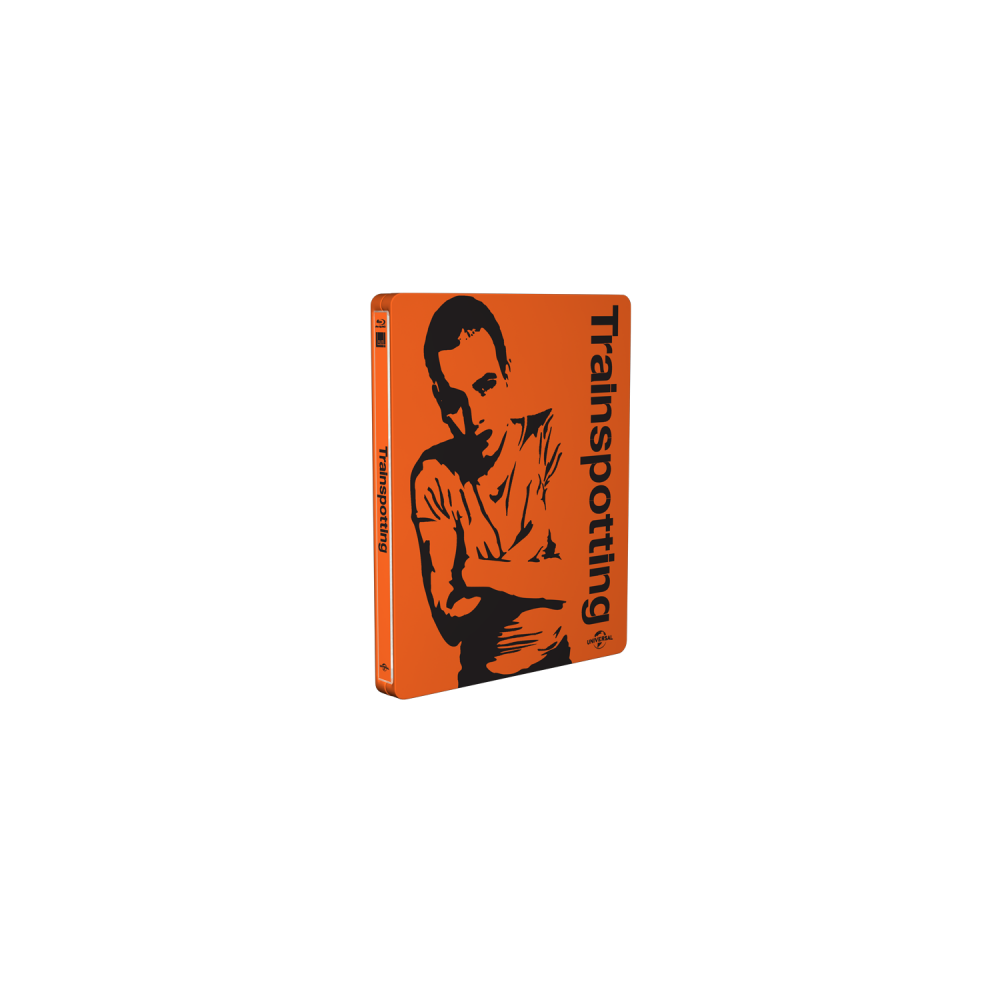 20 years ago, the first novel “Trainspotting” by the Scottish writer Irvine Welsh was filmed. To celebrate the anniversary of this classic movie it is now being released in an amazing glossy SteelBook® edition. For the front artwork, a picture from the original iconic poster campaign is used. The back of the case features the famous intro quote from the movie.

Danny Boyle’s explosive film tracks the misadventures of young men in Edinburgh trying to find their way out of joblessness, aimless relationships and drug addiction. Some are successful, while others hopelessly are not. Based on Irvine Walsh’s novel, Trainspotting melds grit with poetry, resulting in a film of harsh truths and stunning grace.