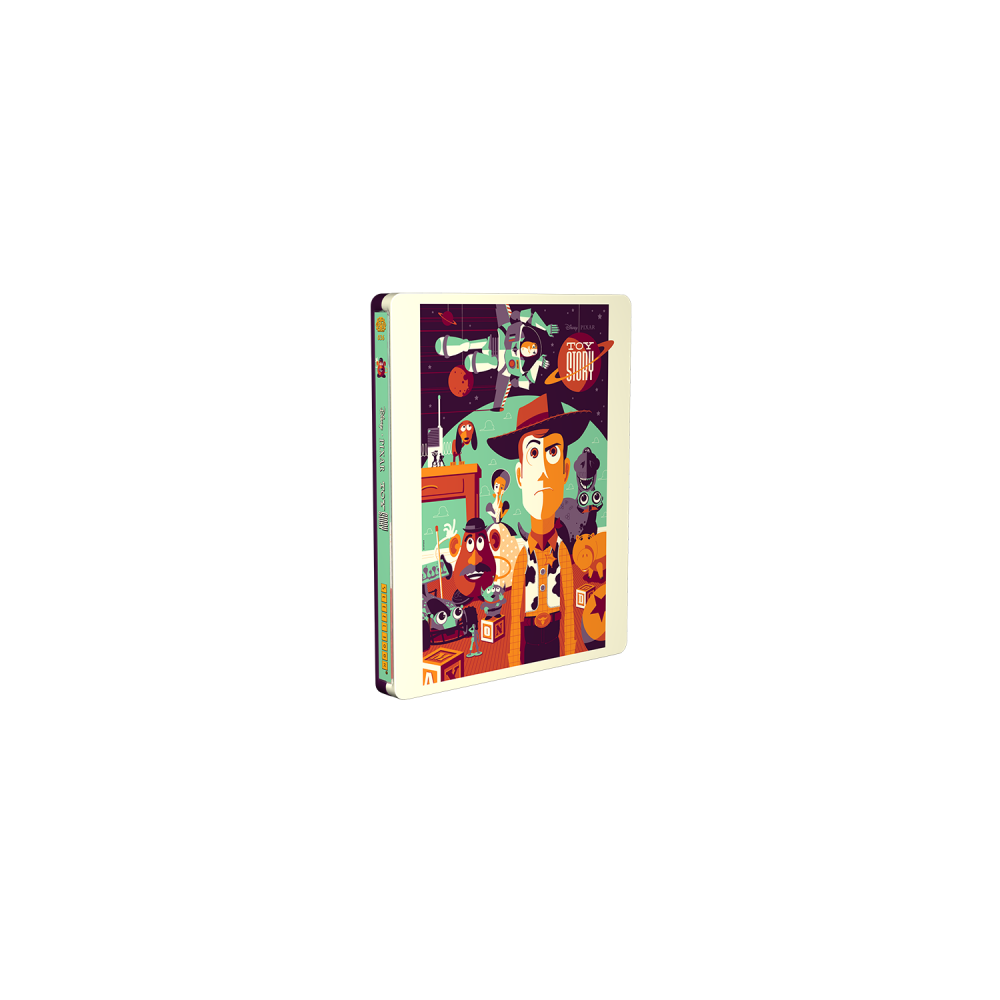 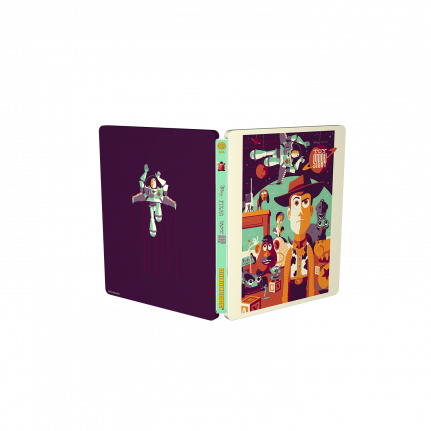 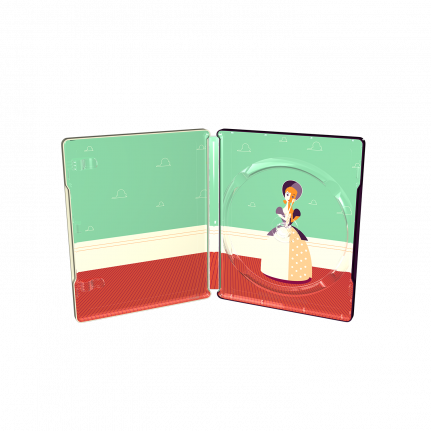 Mondo x SteelBook® #36 is Disney/Pixar’s “Toy Story” with artwork by Tom Whalen.
Celebrate the movie that changed the face of entertainment. Toy Story, the first full-length computer-animated feature film, is a wonder to behold. Experience a hilarious fantasy about the lives toys lead when they’re left alone. Woody, an old-fashioned cowboy doll, is Andy’s favourite. But when Andy gets Buzz Lightyear for his birthday, the flashy new space hero takes Andy’s room by storm! Their rivalry leaves them lost with a toy’s worst nightmare – Sid, the toy-torturing boy next door. Woody and Buzz must work together to escape, realising along the way that they’ve got a friend…in each other! Now, in a magnificent special edition, Toy Story shines even brighter. With an enhanced picture and a spectacular home theatre mix as well as exciting bonus features, including deleted scenes and a retrospective special with Director John Lasseter, this modern classic is one you’ll enjoy to infinity and beyond.