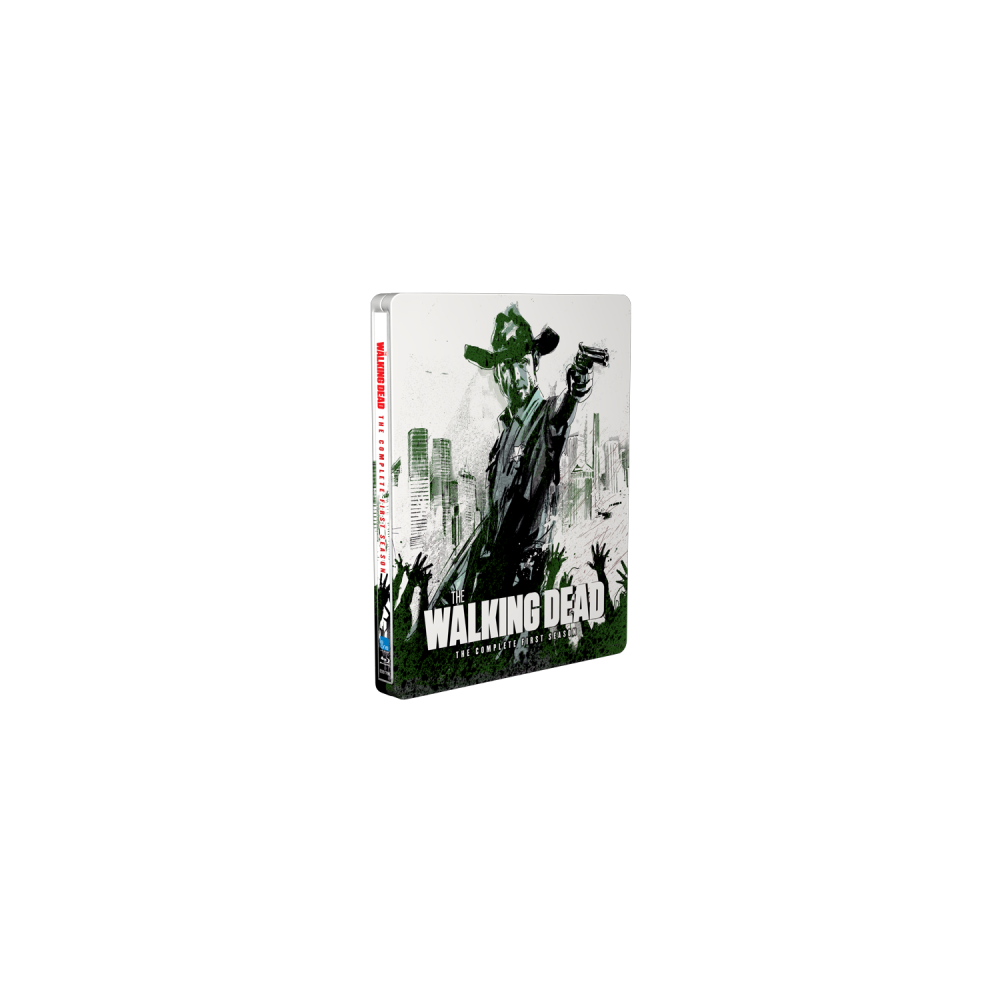 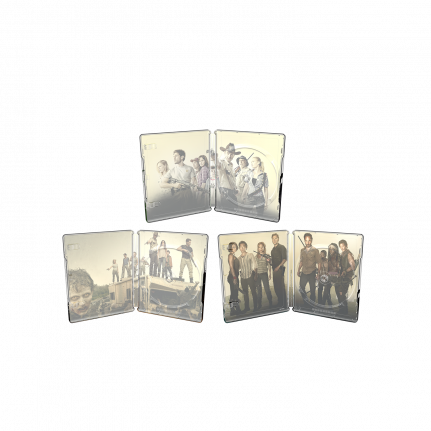 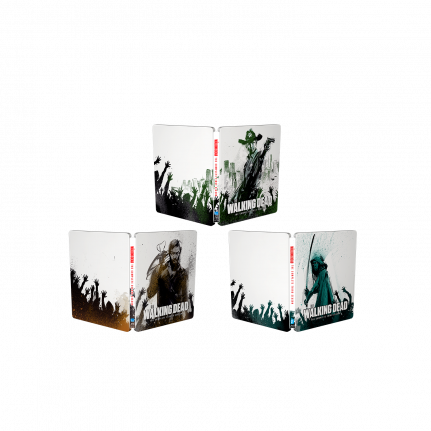 Re-watch season 1-6 of the incredible post-apocalyptic zombie horror series The Walking Dead! All of these fantastic SteelBook® editions come with matching debossing on the title treatment.

After being woken from a coma at an abandoned hospital, police officer Rick Grimes discovers that the world he knew has gone under – a zombie epidemic of apocalyptic dimensions rages. Nearby, on the outskirts of Atlanta, a small group of people struggle to survive. “The dead” keep an eye on their smallest movements. Can Rick and the others preserve their humanity in the struggle to survive in this terrible new world? In the difficult circumstances, where personal struggles also bother them, will they end up fighting?