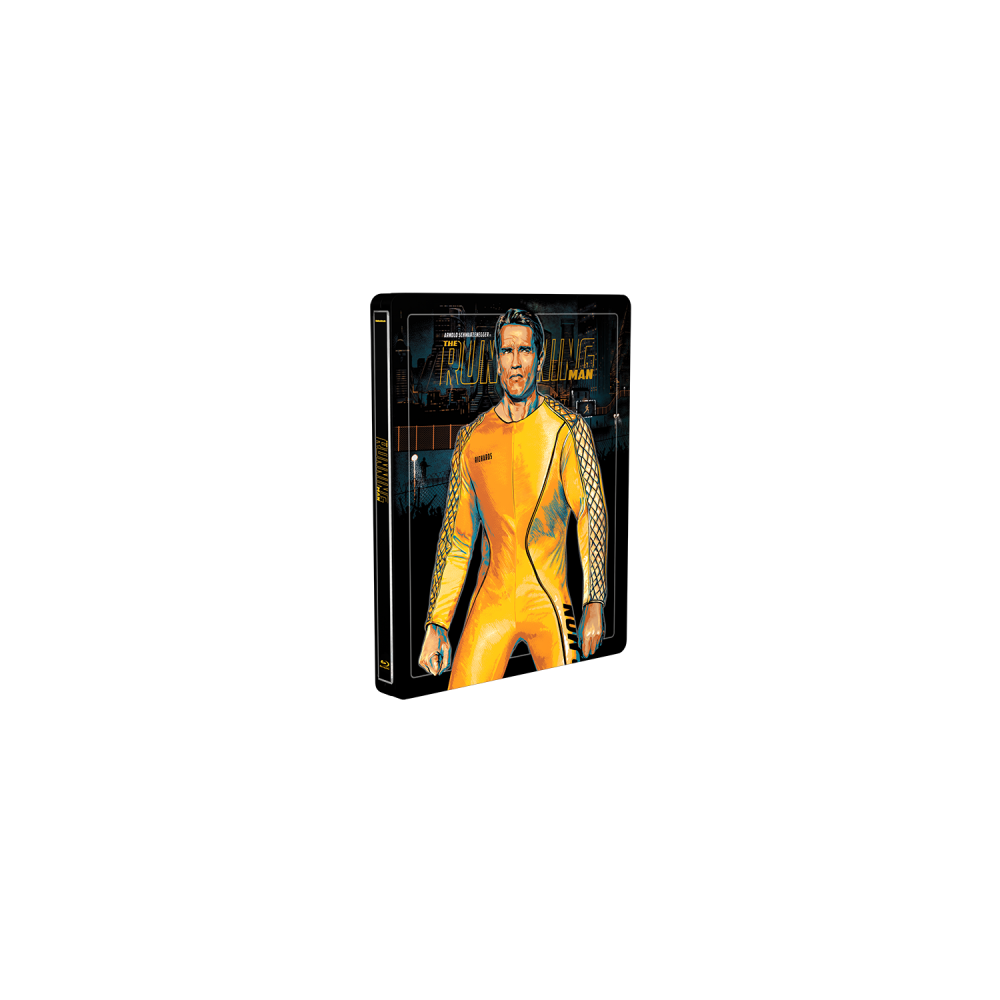 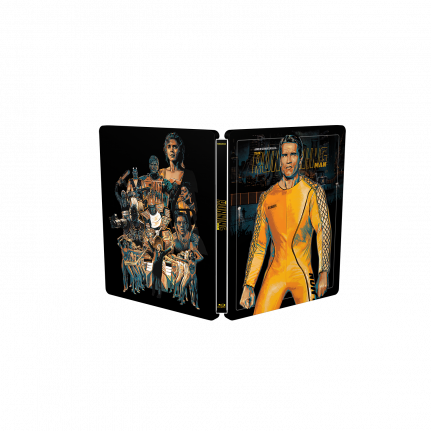 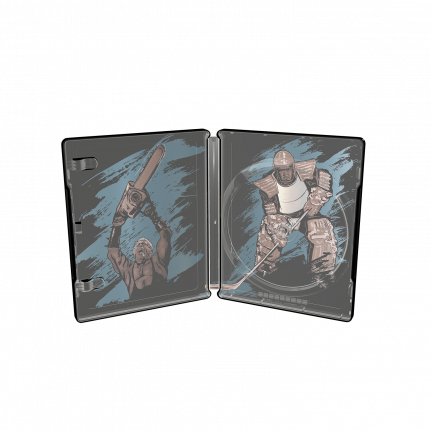 The Running Man SteelBook® Edition stands out nicely with a cool combination of color grading, embossing and spot gloss.

In the year 2019 an innocent man accused of a crime has a choice – Hard Time or Prime Time.
He must pay or play The Running Man – the highest rated Television Show in history.
It’s a game between life and death but tonight the game is going to be different – Arnold Schwarzenegger is The Running Man.

He’s playing for a prize – the prize is his life. From now the rules are going to change… forever!