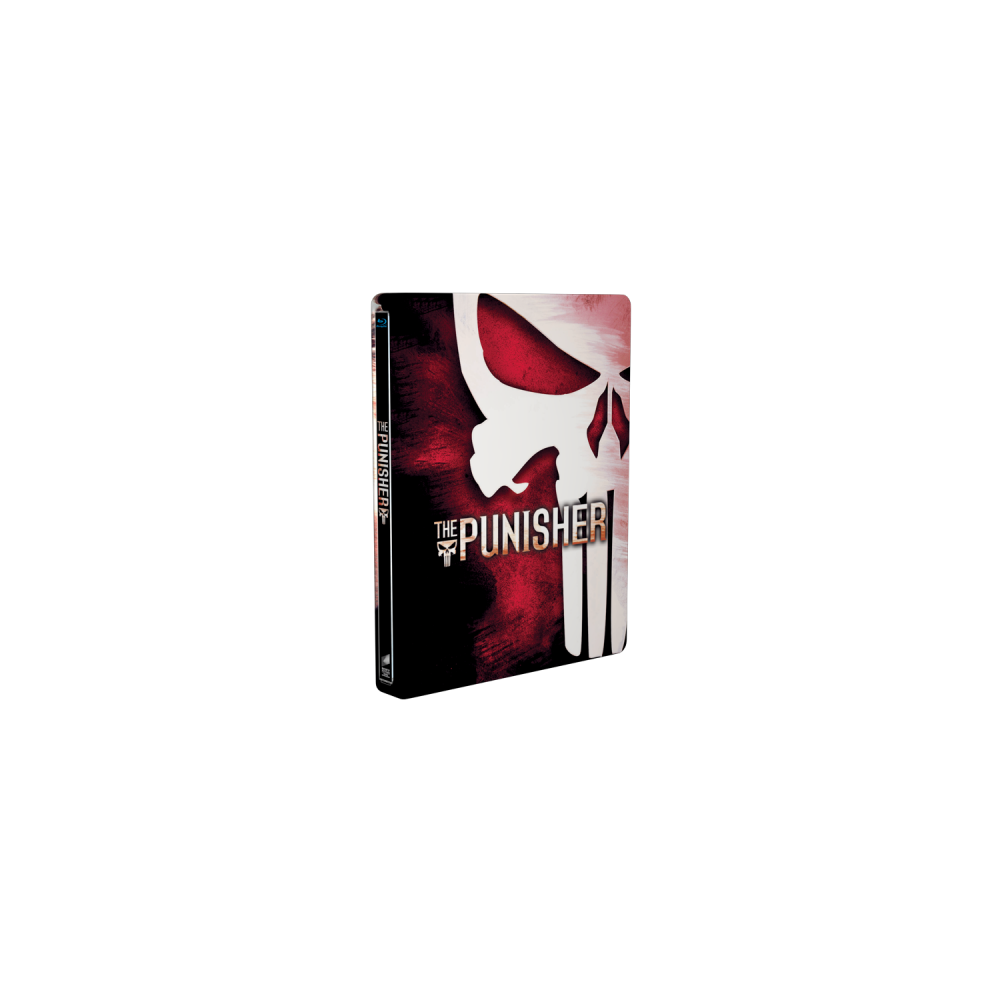 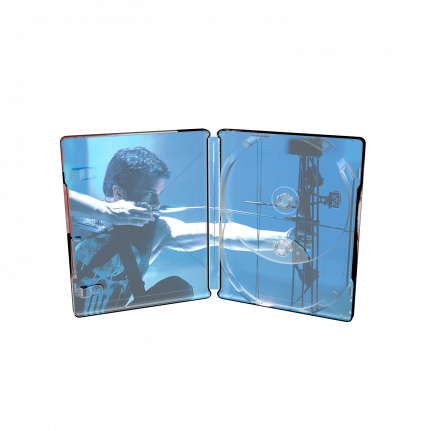 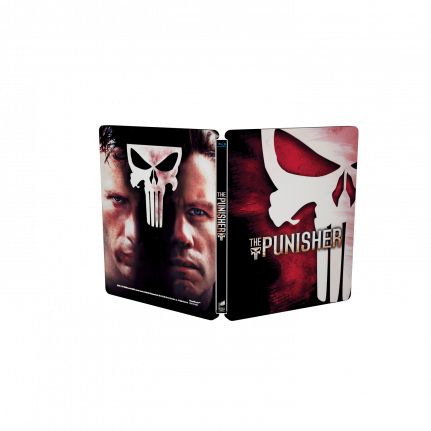 The Punisher SteelBook® edition comes with a matte varnish and has a fantastic metallic shine behind the characteristic white skull.

Undercover FBI agent Frank Castle is a day away from landing a desk job, finally he’ll be able to leave the chaos of the streets behind him. On his last assignment, Bobby Saint, son of ruthless businessman and mob boss Howard Saint, is accidentally killed. Without hesitation, Howard Saint takes his anguish out on Castle’s family, slaughtering his wife and son and leaving Frank for dead. In a state of complete devastation, Frank Castle has nowhere to turn except to himself. Frank Castle is now the Punisher, a ruthless vigilante willing to go to any length to avenge his family. It is now up to him to take out Howard Saint and his empire. Follow Castle as he rages against evil forces in this action-packed tale of revenge.