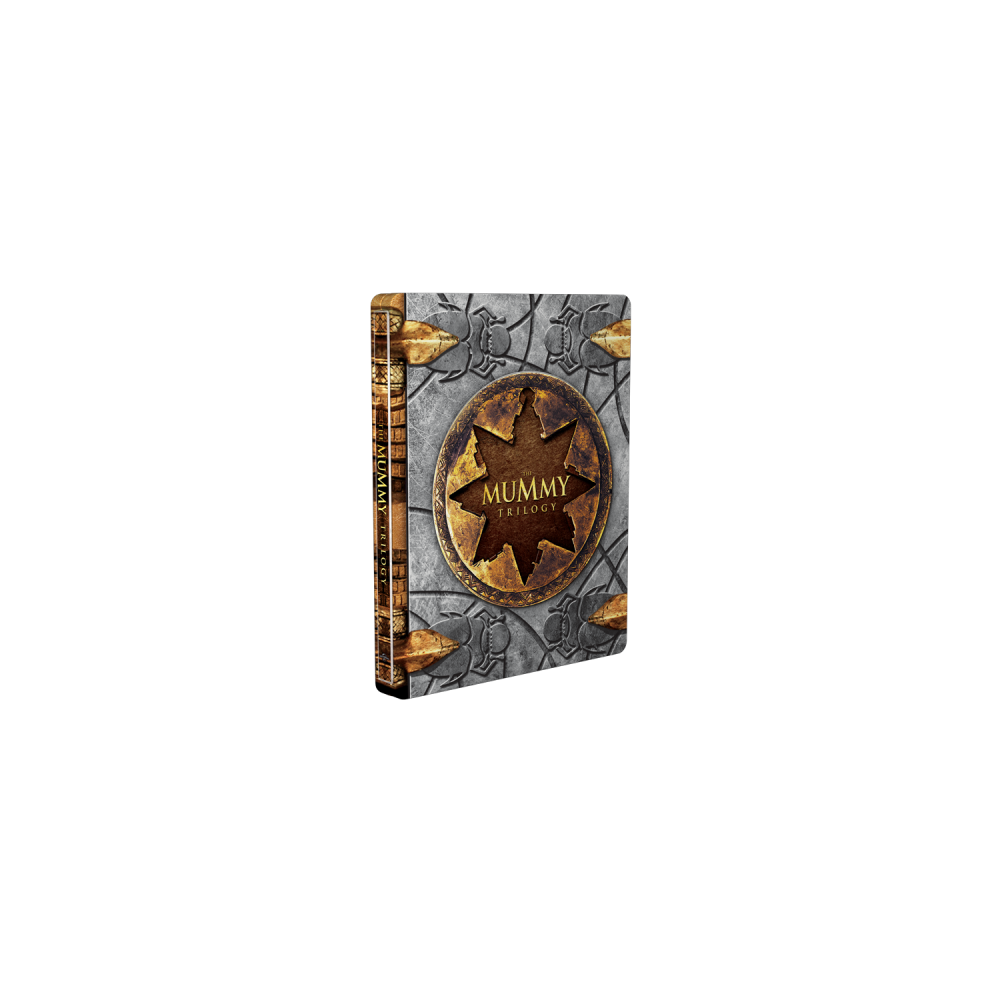 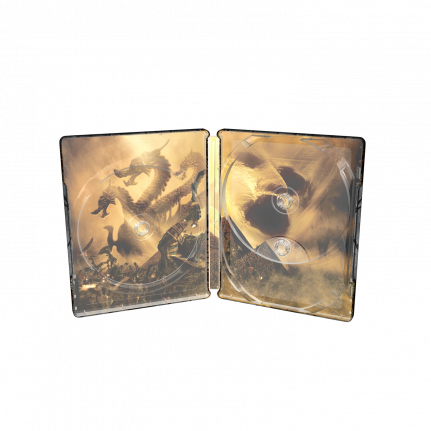 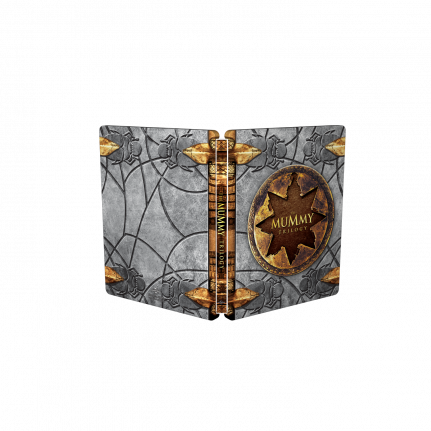 All 3  Mummy movies collected in one captivating SteelBook® edition! The look has this ancient Egypt look with a nice emboss of the emblem and title treatment. The matte varnish complements the grey tones in the artwork, while the bronze metallic details creates a gorgeous final touch.

Please note that the German versions are not embossed.

The Mummy is the title of several horror-adventure film series centered about an ancient Egyptian priest who is accidentally resurrected, bringing with him a powerful curse, and the ensuing efforts of heroic archaeologists to stop him. These three series of films accompany a spin-off film series, two comic book adaptations, three video games, an animated television series, and a roller coaster ride.