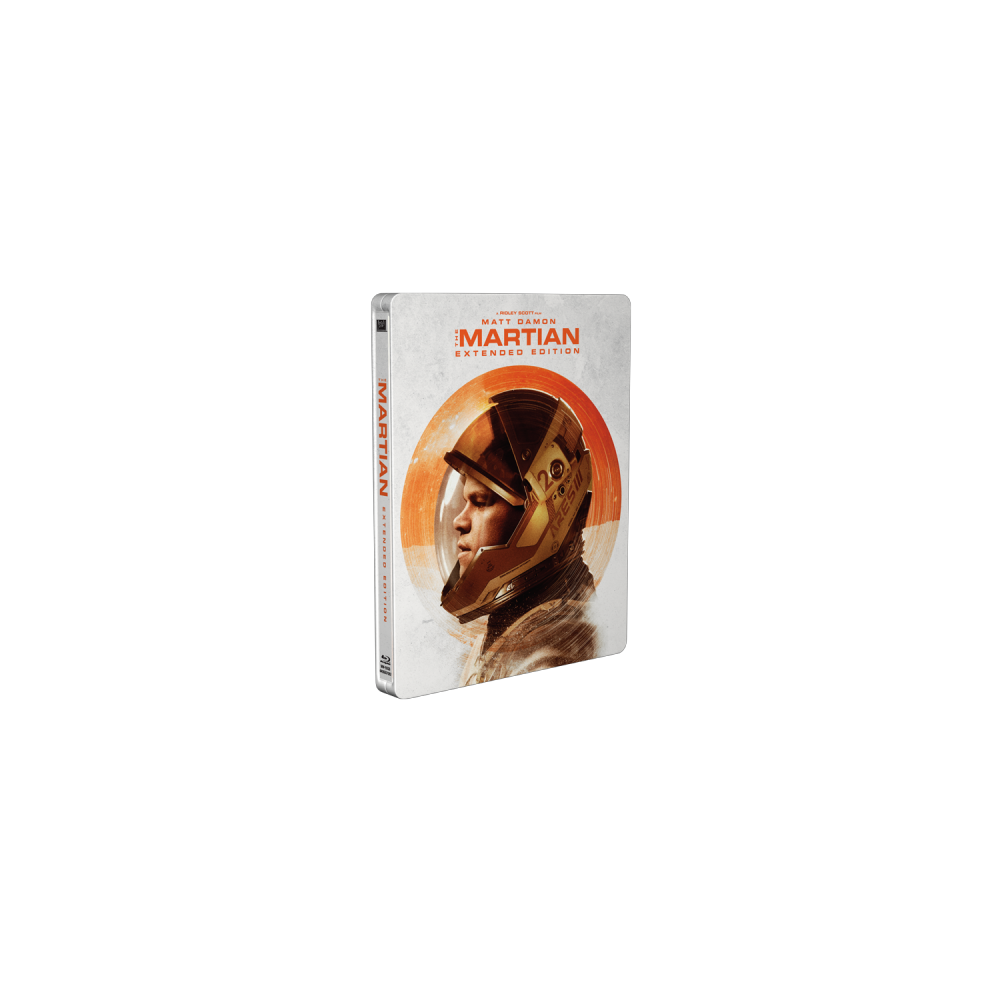 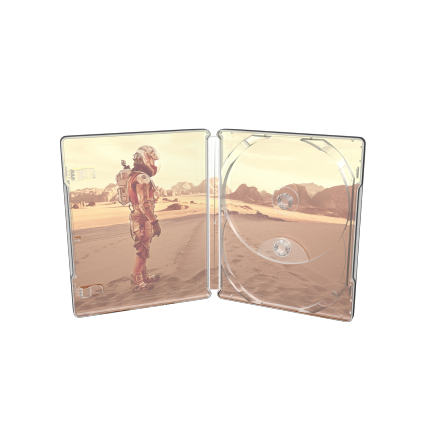 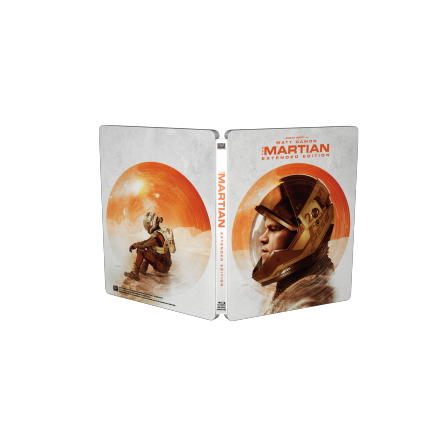 The Martian – Extended edition has artwork made in orange colours to match the beautiful visuals from Mars. The SteelBook® edition comes with a matte varnish. The metallic shine creates the playful details such as the Mars texture in the white and the universe spinning around the lonely martians head.

Blast off to the Red Planet—and beyond—with The Martian 2-Disc Extended Edition, featuring an ALL-NEW EXTENDED CUT with over 10 minutes of action-packed footage not shown in theatres, plus hours of never-before-seen extras that take you deeper into the making of the film and the science behind it!

Nominated for 7 ACADEMY AWARDS®,* including Best Picture and Best Actor (Matt Damon), The Martian is a breath-taking sci-fi adventure directed by Ridley Scott (Alien, Prometheus) and based on the #1 New York Times best-selling novel.

When an American astronaut (Damon) is left behind during a mission to Mars, he must find a way to survive on the barren planet until a team of scientists can devise a rescue plan to bring him home!