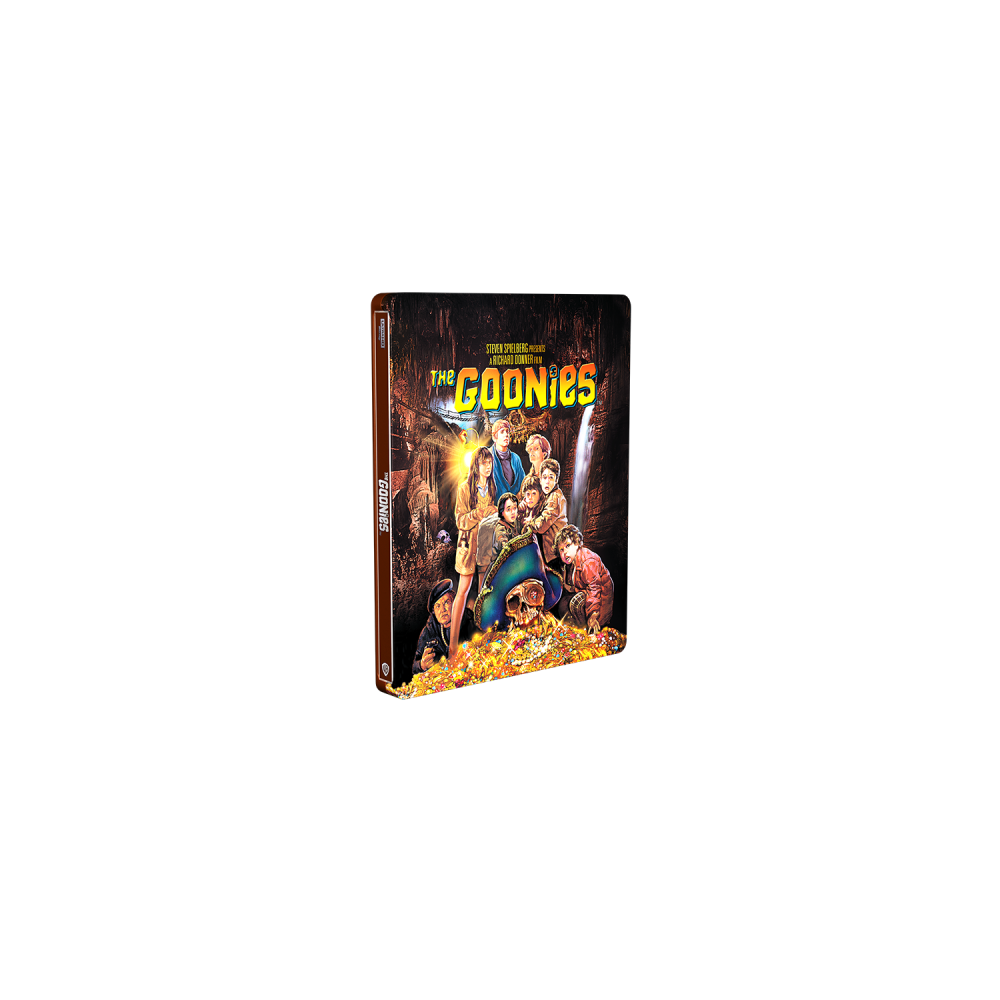 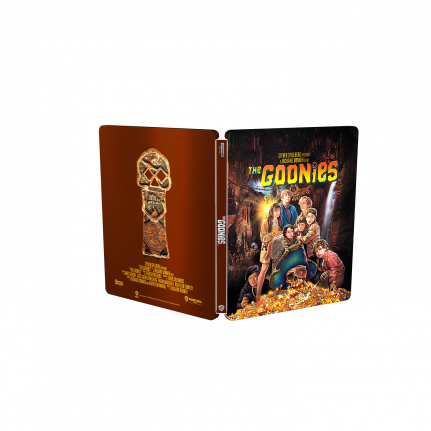 A decade-defining classic from the imagination of Steven Spielberg and Chris Columbus, The Goonies follows a tight-knit group of young friends desperate to save their homes from a greedy real-estate developer.

After discovering a mysterious treasure map, they find themselves being chased by a family of fugitives through an underground realm full of twisting passages ad booby traps.

Their quest: to find the hidden gold of legendary pirate One-Eye’d Willy.

When all seems lost, the Goonies never say die in the beloved, generation-crossing adventure.