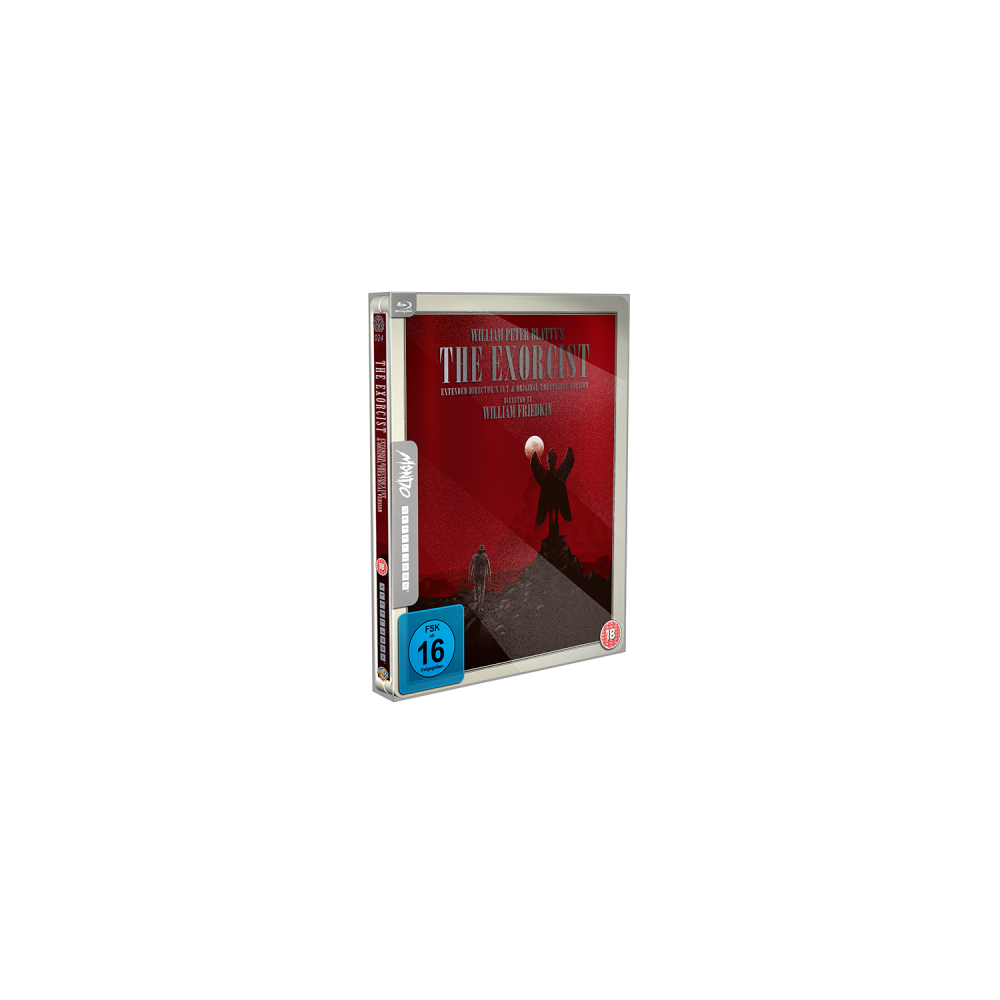 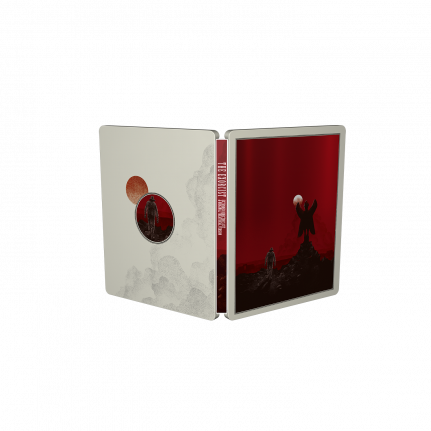 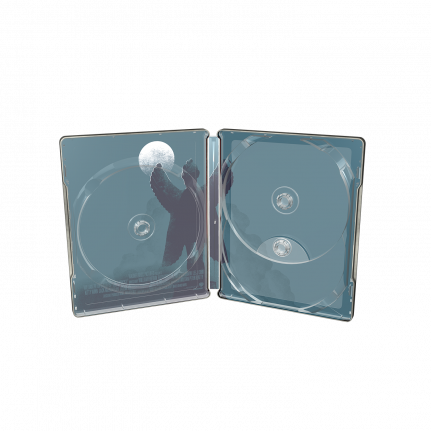 #024 in our Mondo x SteelBook® line is The Exorcist. Controversial and popular from the moment it opened, The Exorcist endures as a defining classic that influenced movies afterward and still shocks and haunts today.

The frightening and realistic tale of an innocent girl inhabited by a terrifying entity, her mother’s frantic resolve to save her and two priests – one doubt-ridden, the other a rock of faith – joined in battling ultimate evil always leaves viewers breathless.

In the Extended Director’s Cut, director William Friedkin and producer/screenwriter William Peter Blatty integrated over 10 minutes of footage deleted before the film’s 1973 release. They include moments deepening the impact of a first-rate ensemble’s remarkable performances and reinforcing the film’s grip on its audience.

A phenomenon of its time and for all time, The Exorcist astonishes and unsettles like no other movie.