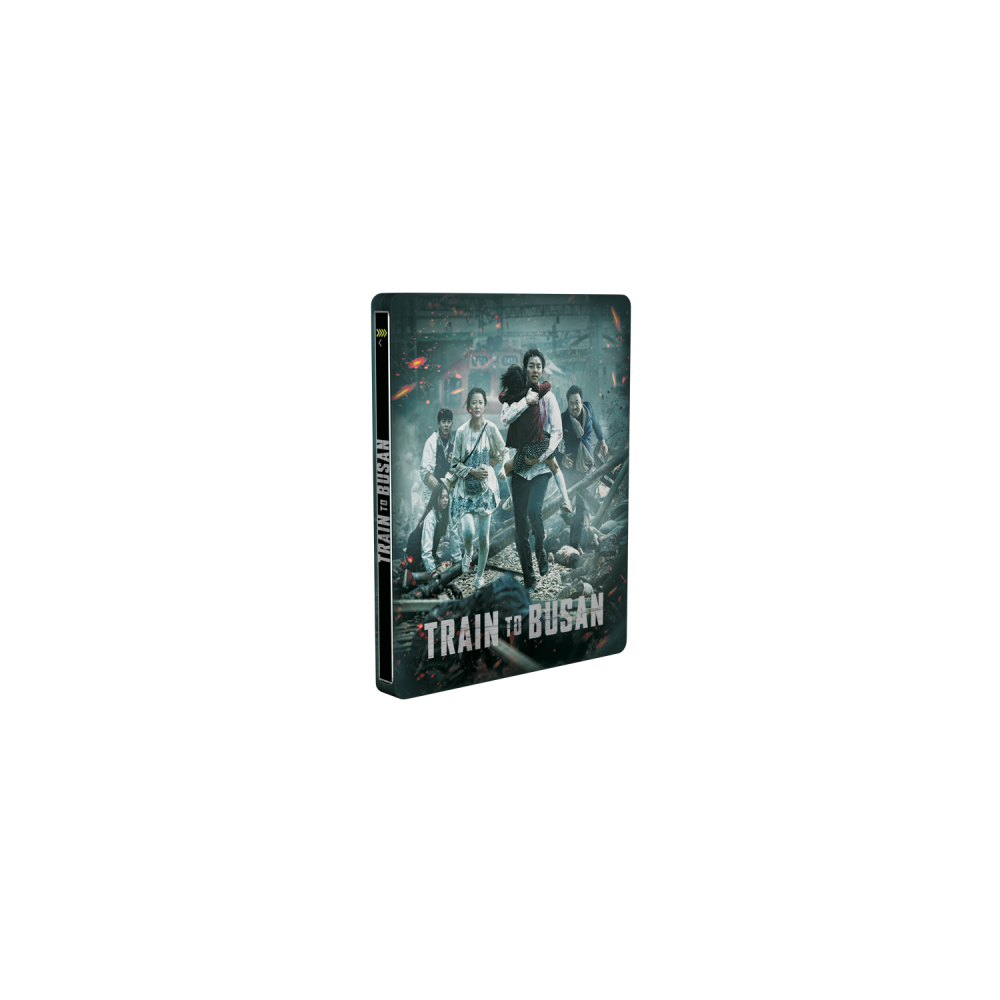 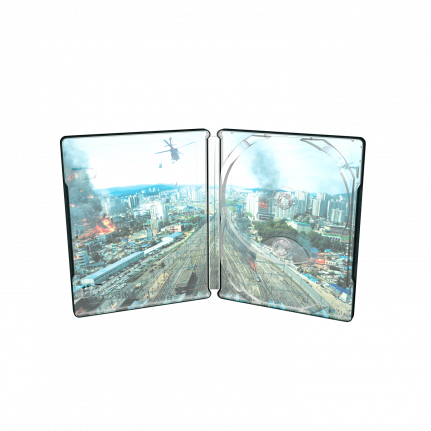 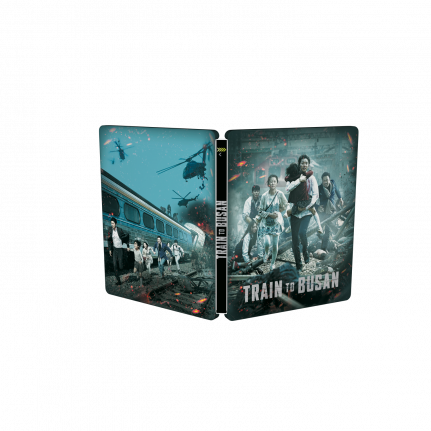 The Korean zombie movie Train to Busan has received many great reviews, and now it comes in this magnificent SteelBook® edition from A Contracorriente Films. The white layer is creatively used to create depth in the artwork, by giving the train and title treatment a true looking metallic shine. This Korean movie comes with Spanish and Catalan subtitles.

Train to Busan is a harrowing zombie horror-thriller that follows a group of terrified passengers fighting their way through a countrywide viral outbreak while trapped on a suspicion-filled, blood-drenched bullet train ride to Busan, a southern resort city that has managed to hold off the zombie hordes… or so everyone hopes.