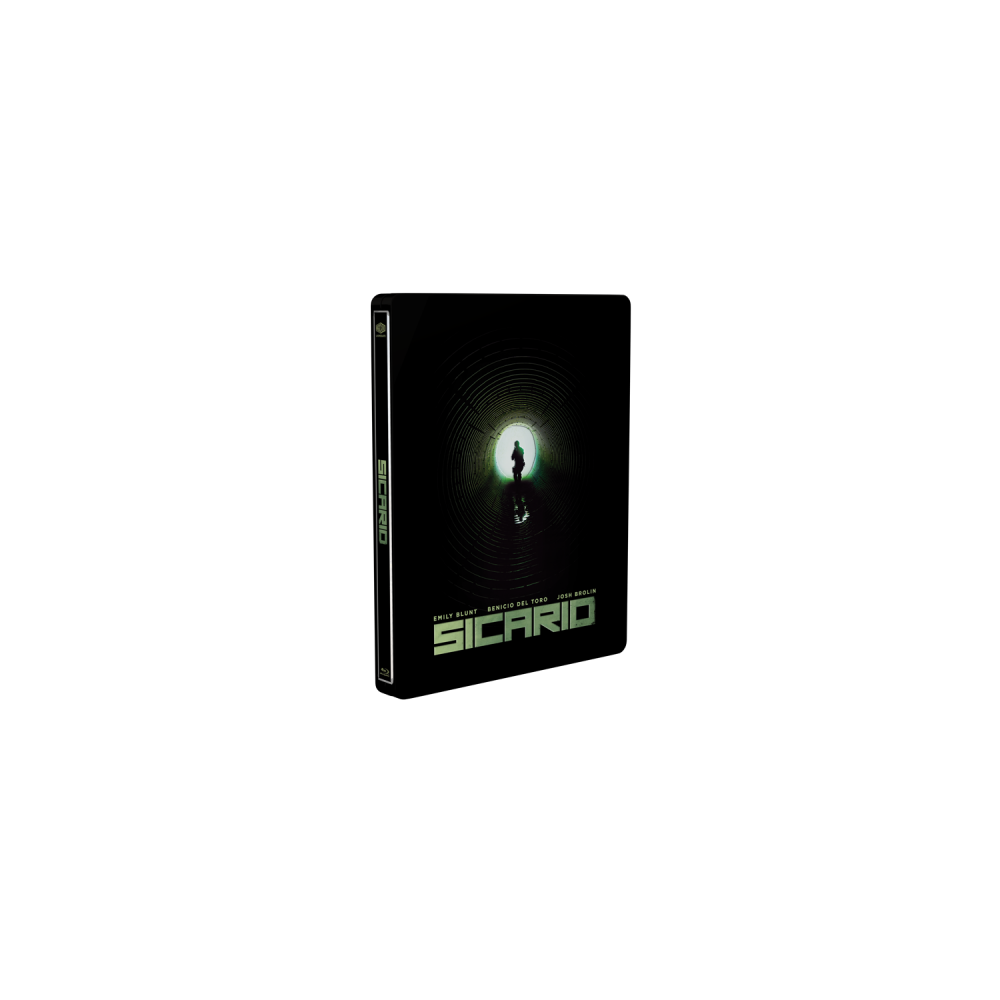 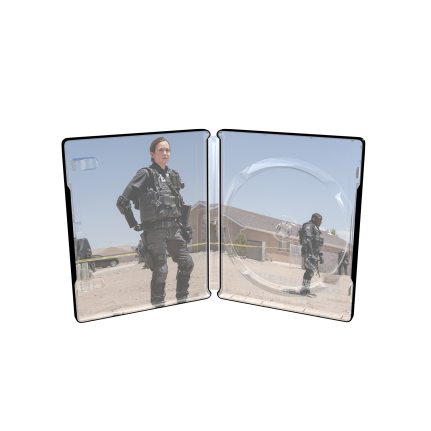 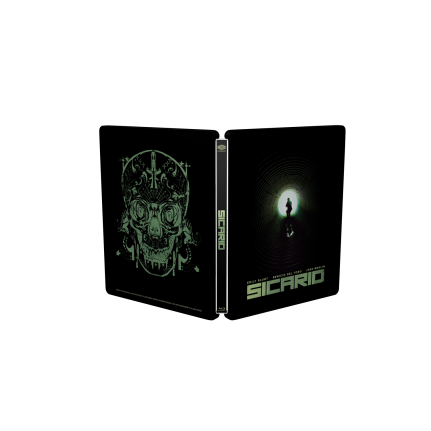 To reflect the dark and violent world of drugs, Filmarena has chosen an obscure and morbid artwork for this SteelBook® edition. By using partial varnish the light shines clearly at the end of the tunnel. Debossing has been used to highlight the title treatment and to emphasise depth of the tunnel, and makes these stand out in the otherwise dark artwork.

In Mexico, Sicario means hitman. In the Lawless border area stretching between the U.S and Mexico, an idealistic FBI agent (Emily Blunt) is enlisted by an elite government task force official (Josh Brolin) to aid in the escalating war against drugs. Led by an enigmatic consultant with a questionable past (Benicio Del Toro), the team sets out on a clandestine journey forcing Kate to question everything that she believes in order to survive.