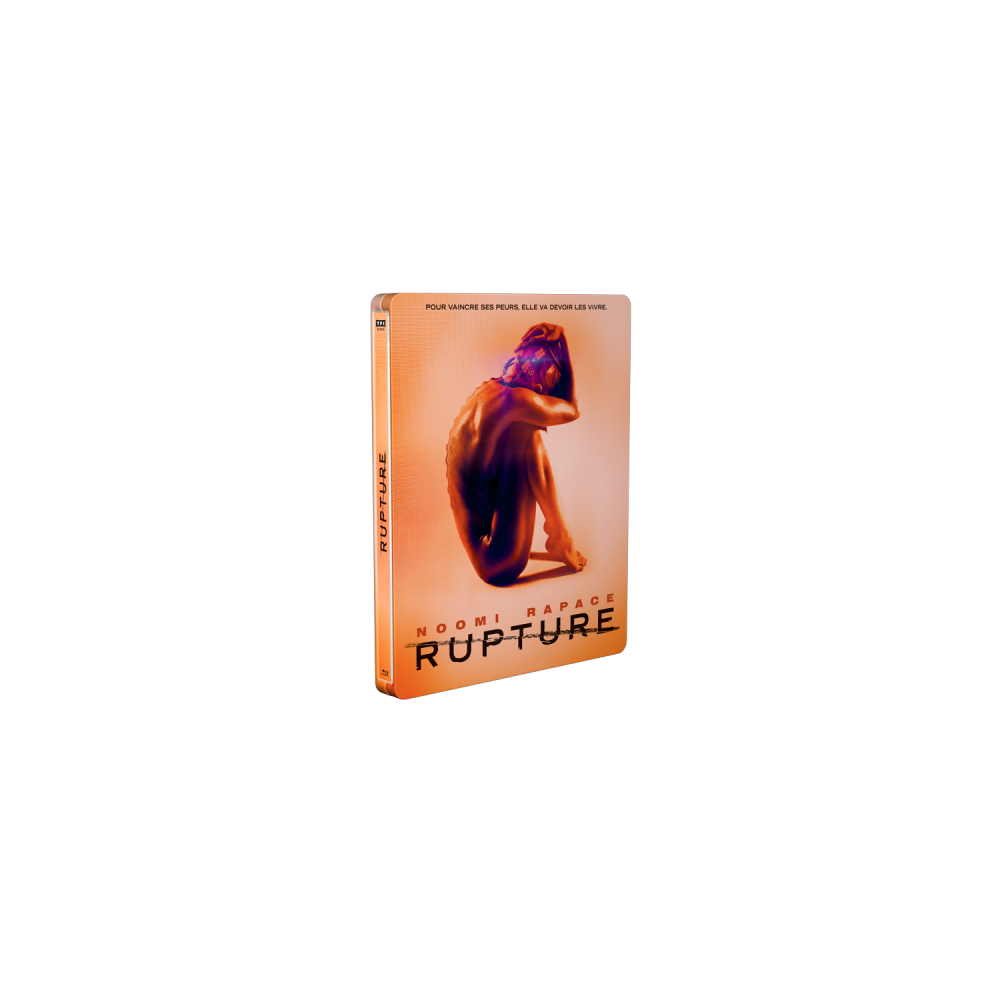 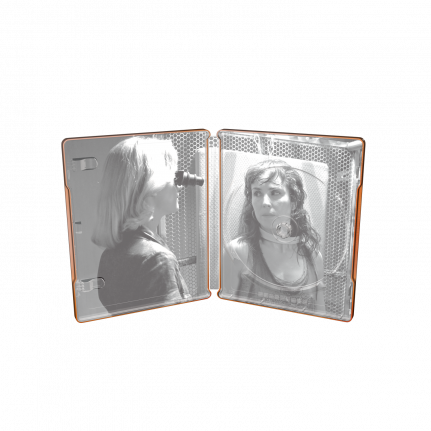 The survival horror movie Rupture got a SteelBook® edition especially for the French audience! The orange tones embrace Noomi Rapace twisted body on the front. The metallic headpiece is realistic shimmering and also have an intriguing purple shine.

Renee Morgan (Noomi Rapace), a single mom who lives with her twelve-year-old son Evan in a quiet suburban home, is terrified of spiders. Unbeknownst to both, their every move is being observed. While running her daily errands her car breaks down and she is violently kidnapped by a group of strangers. About 24 hours later, in an anonymous laboratory, she is tied up and questioned about her medical history, including her great fear of spiders.

Have you checked out the German version?