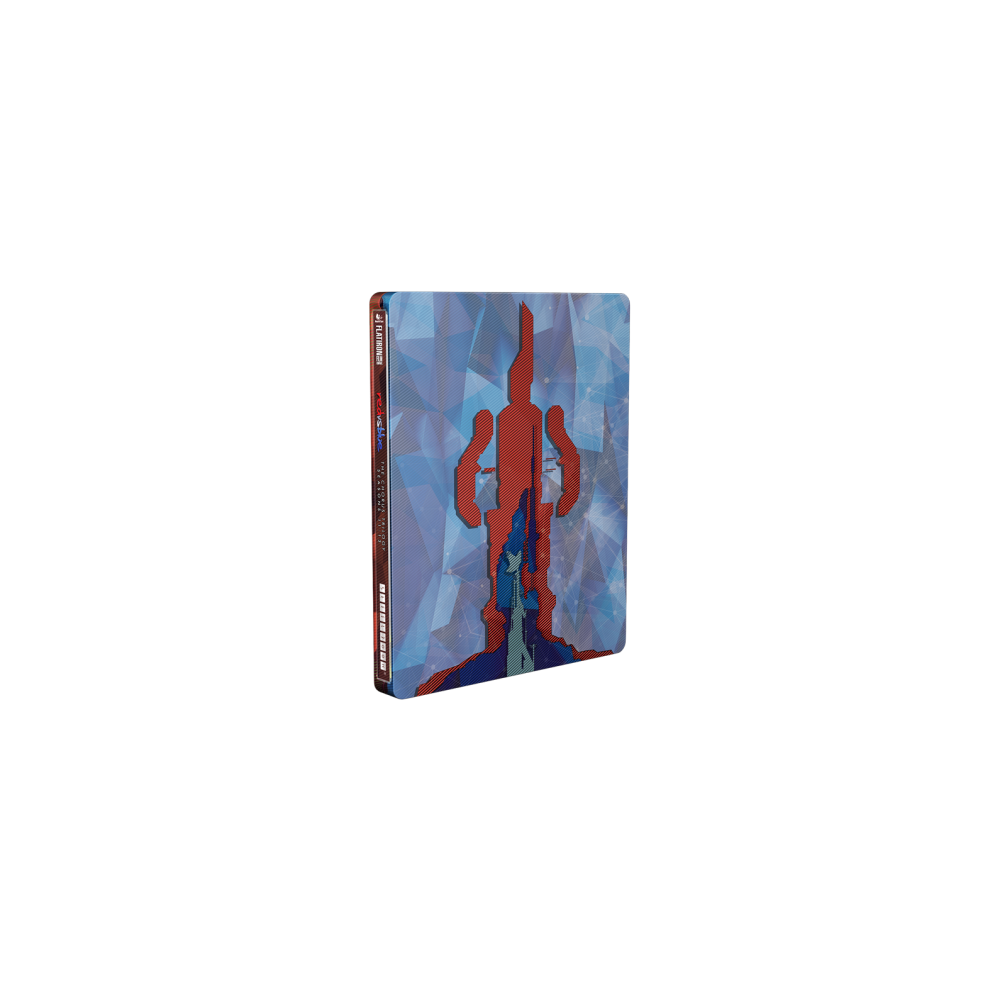 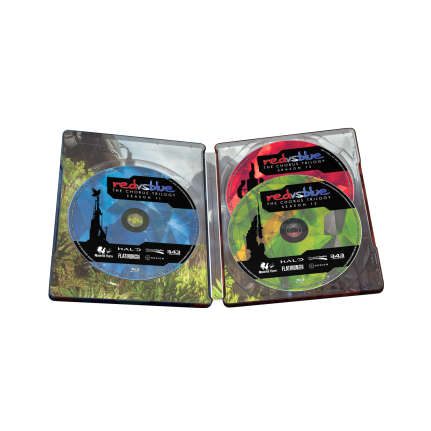 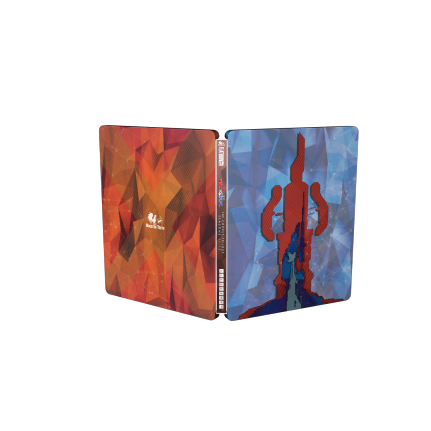 Red vs. Blue - The Chorus Trilogy

Containing Seasons 11, 12, and 13, ‘The Chorus Trilogy’ arc of RED VS. BLUE — the longest-running web series in history — follows the Reds and Blues, stranded on the planet Chorus, as they learn that the only means of survival is to unite two enemy armies to battle a bloodthirsty warlord.
Working closely with Scanavo’s design team, the Rooster Teeth Animation creative team produced amazing new artwork for the exterior and interior of this new SteelBook® case, as well as its transparent slipcover that creates a moving image when slid up and down along the SteelBook® edition.