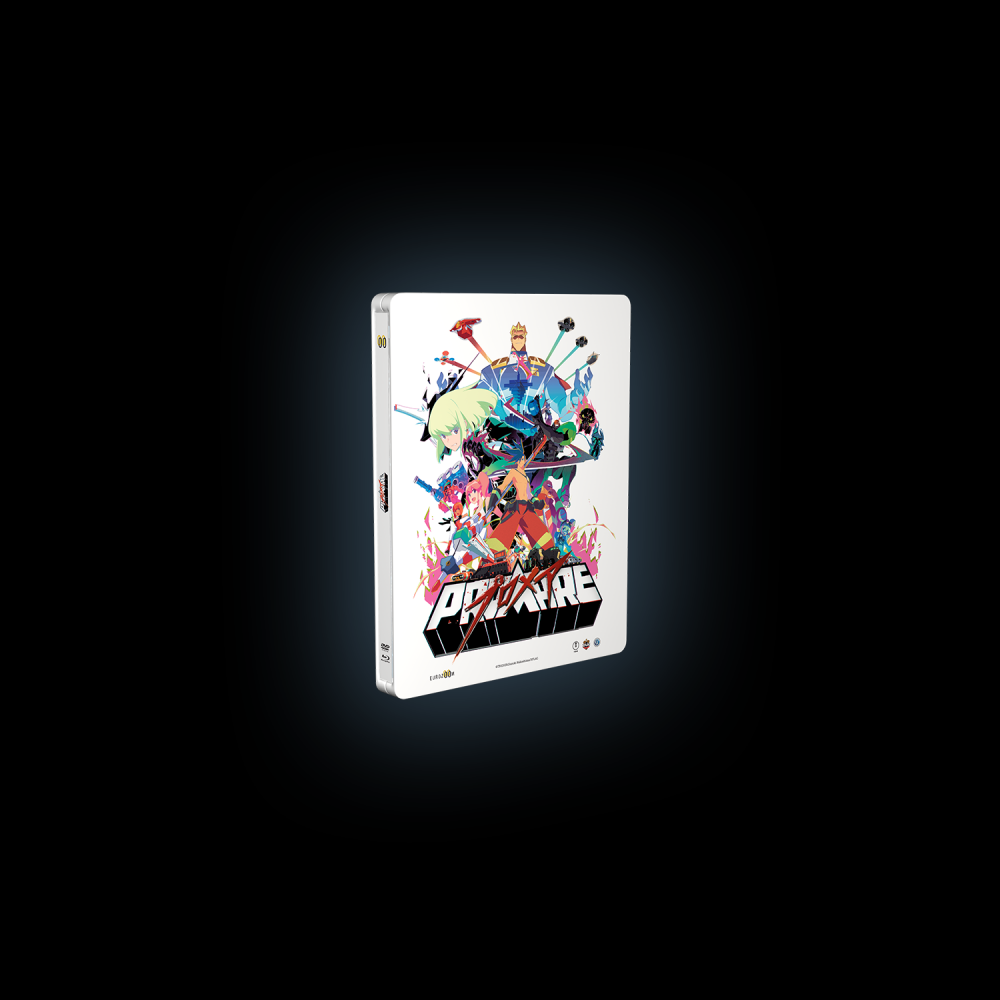 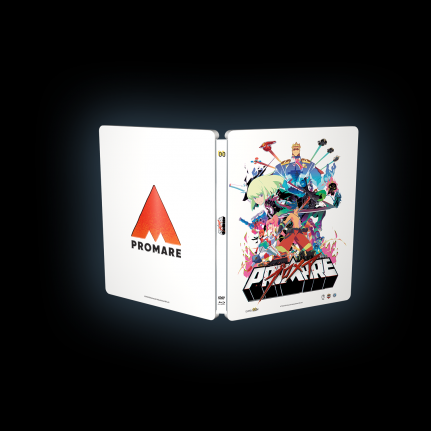 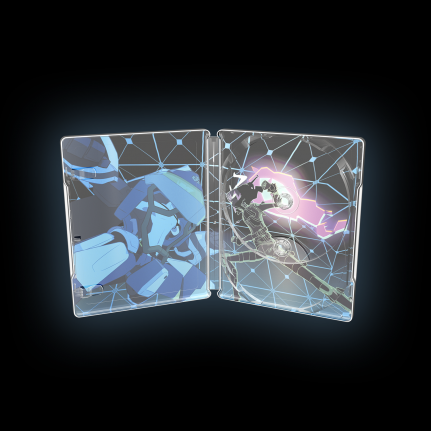 Promare SteelBook® Edition is designed with the front logo embossed, and the back logo debossed! The Case is glossy varnish, which enhances the colors of the artwork nicely.

A massive fire storm has devastated half of the world’s cities, weakening men and giving birth to fire-capable mutants, the Burnish.

The only hope of humanity? The Burning Rescue, a new kind of firefighting team. Galo Thymos and his team will do everything they can to stop the Mad Burnish.