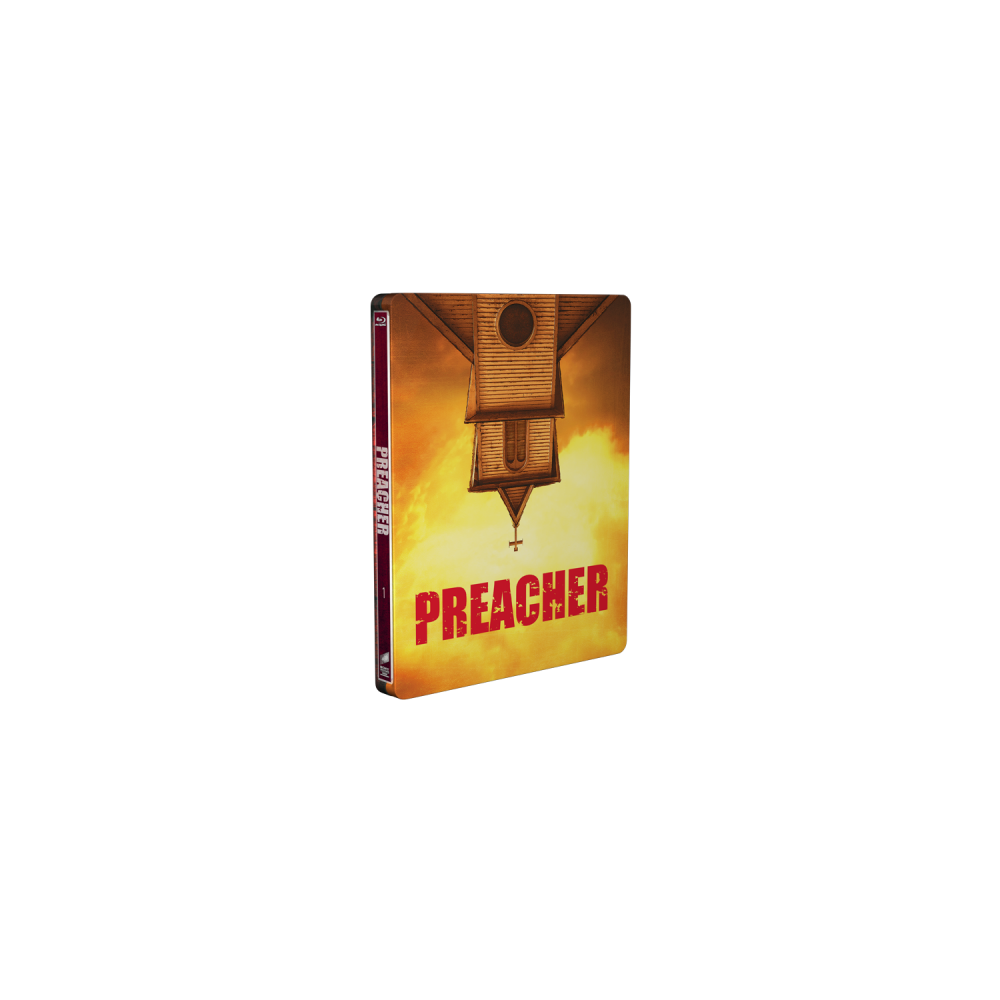 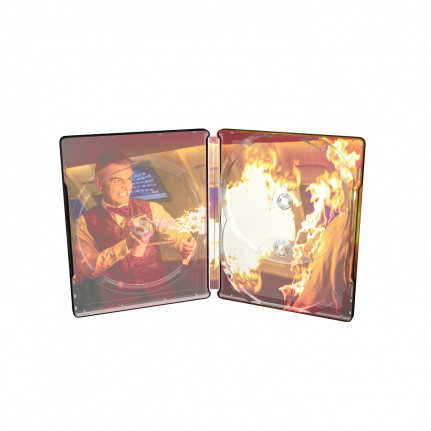 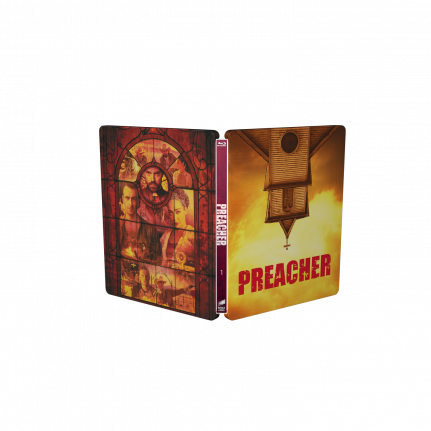 The first season of the TV adaptation of the comic book series “Preacher” can be acquired in a SteelBook® edition. The glossy varnish is the perfect choice for this artwork, as it gives a realistic shine in the dramatic red and orange sky as well as on the strained church windows. It is a great example of how the metallic canvas can be used to bring life to the artwork.

Preacher: The Complete Season 1 on 3 Blu-ray discs contains all 10 episodes of the very first season of Preacher in stunning high definition.

When Texas preacher Jesse Custer is inhabited by the renegade spawn of an angel and a demon, he gains the power to control people with just a word. Now Jesse, his badass ex Tulip, and his friend Cassidy (who happens to be a vampire) are thrust into a twisted battle spanning Heaven, Hell and everywhere in between.