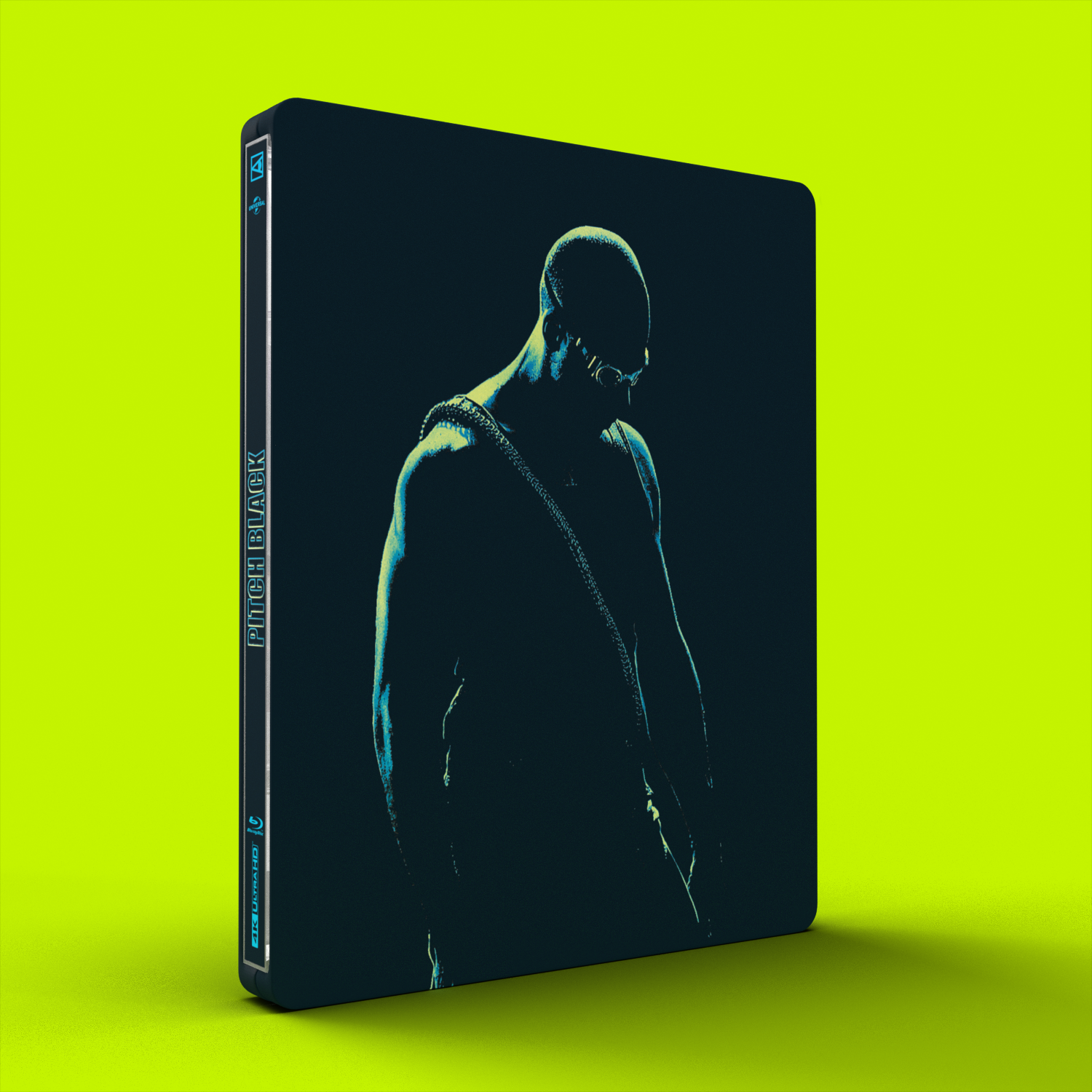 When their ship crash-lands on a remote planet, the maroon passengers soon learn that escaped convict Riddick (Vin Diesel) is not the only thing they have to fear.. Deadly creatures lurk in the shadows, waiting to attack in the dark, and the planet is rapidly plunging into the utter blackness of a total eclipse. With the body count rising, the survivors are forced to turn to Riddick and his eerie eyes to guide them through the darkness to safety. With time running out, there’s only one rule: Stay in the light!

Exclusive content to this edition:
Sequence analysis + In the Middle of Darkness by Julien Dupuy movie journalist (French dub only)

Bonuses from previous Universal editions:
– Archive Commentary with director David Twhohy and stars Vin Diesel and Cole Hauser
– Archive Commentary with director David Twohy, producer Tom Engelman and visual effects supervisor Peter Chiang
– The Making of Pitch Black (4:46)
– An Introduction by David Twohy (2:24)
– A View Into the Dark (4:05) focuses on the connections between this film and the sequel.
– Johns’ Chase Log (6:08) is a series of animated diaries supposedly documenting events that occurred before the film, narrated by Cole Hauser.
– The Chronicles of Riddick: Visual Encyclopedia (1:42)
– Raveworld: Pitch Black Event (20:37) documents a dance music event promoting the film with DJs Carl Cox and Nigel Richards.
– Trailers