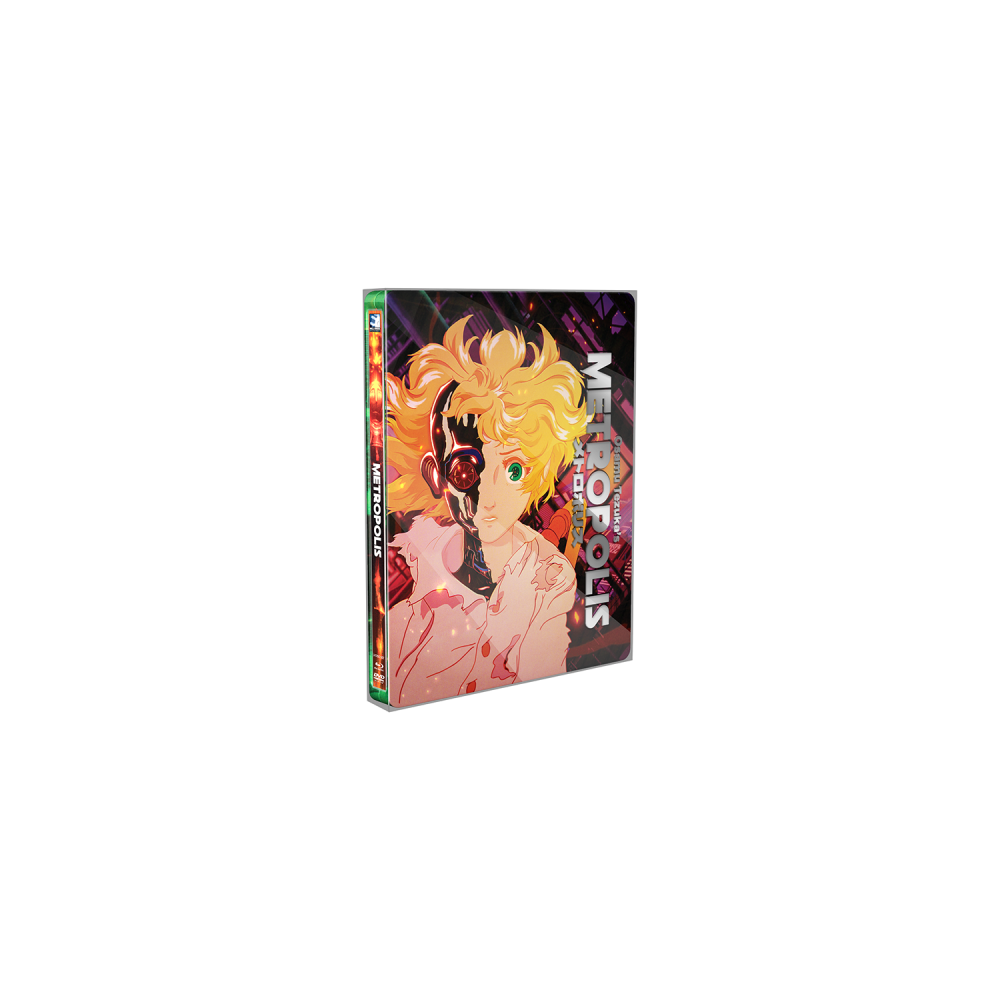 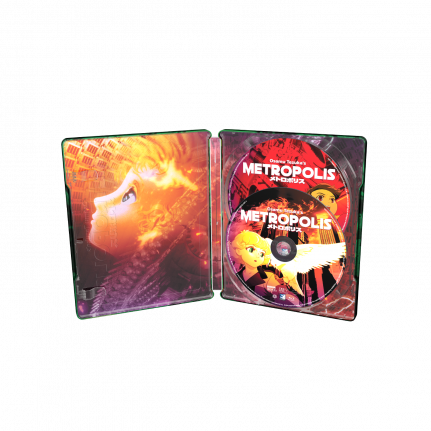 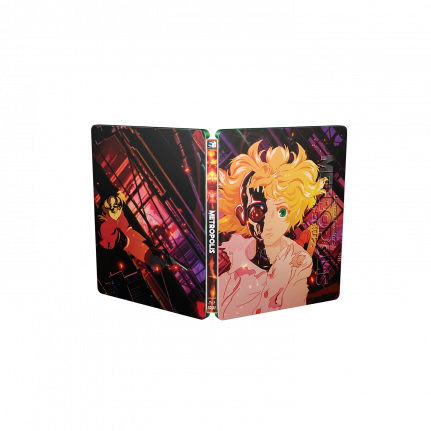 Based on the classic manga, Osamu Tezuka’s Metropolis is the industrial, high-tech city of the future. Duke Red, the unofficial leader of Metropolis, plans to unveil a highly advanced robot named Tima but his violent son Rock distrusts robots and intends to find and destroy Tima. A Japanese detective and his nephew, Kenichi, travel to Metropolis to apprehend a mad scientist but instead find the robot girl. While trying to navigate the confusing labyrinth beneath Metropolis and avoid the people chasing her, Tima and Kenichi form a strong friendship that is tested when Duke Red separates them,endangering not only Tima’s life but also the fate of the universe.