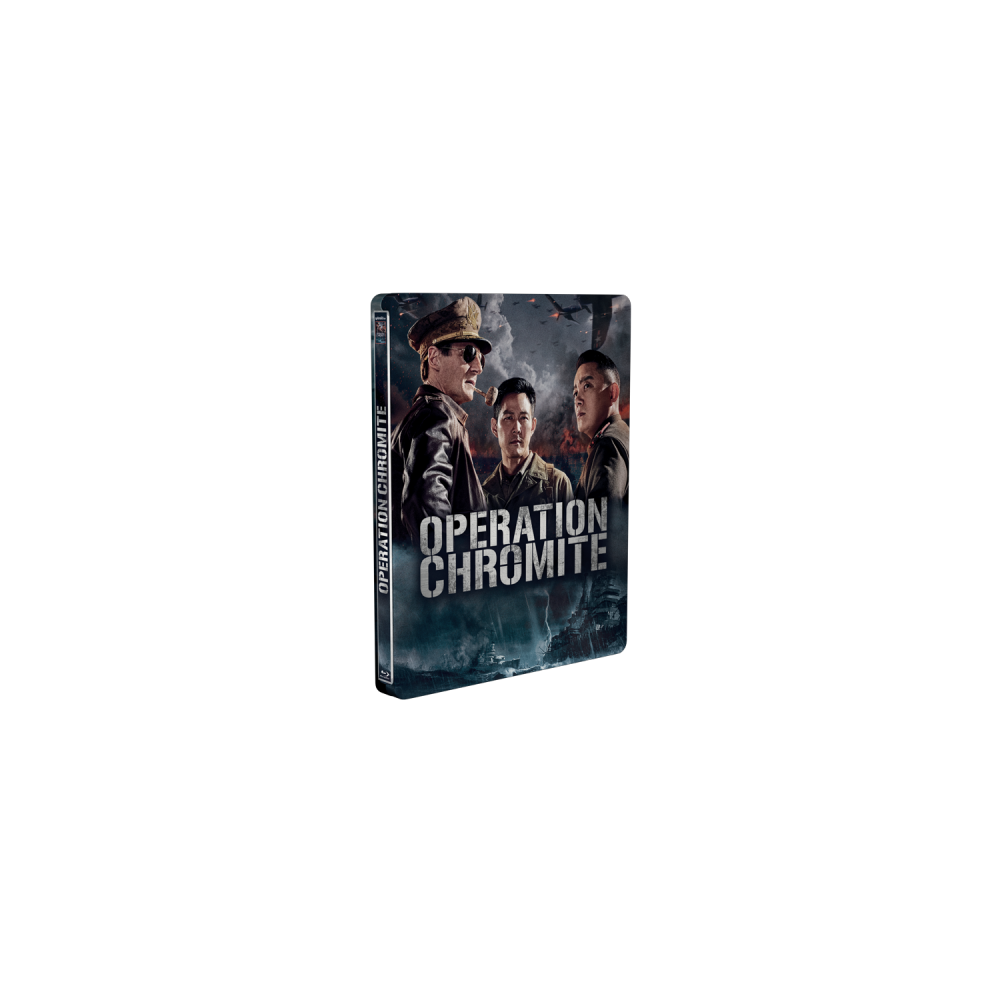 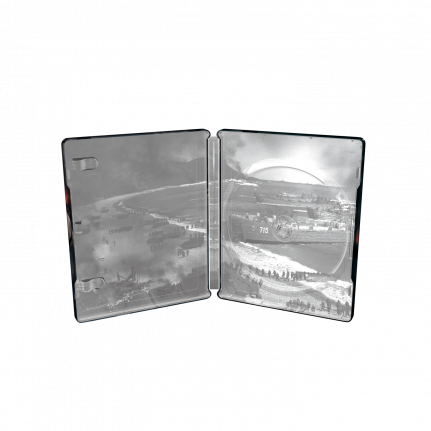 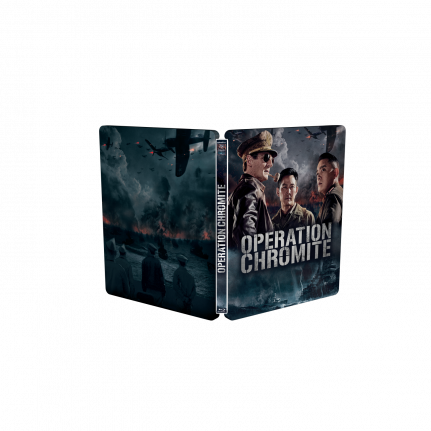 The South Korean movie Operation Chromite is based on true events of the Battle of Inchon. The SteelBook® edition comes with a glossy varnish, and the metallic shine comes through on the title treatment on the front and on the planes and soldiers on the back.

Their mission directives from Gen. MacArthur are: 1. Recon enemy forces in Incheon and secure the mine chart, 2. Kidnap ‘Ryu Jang-choon,’ the second highest ranking officer in the North Korean command center, to acquire intel on the naval mine location and 3. On D-Day, light the Palmido light house as a signal to the main UN forces. Only when the light house is lit will General MacArthur initiate the battle to take back Incheon. With everything they got, Jang and the KLO unit charge the lighthouse…