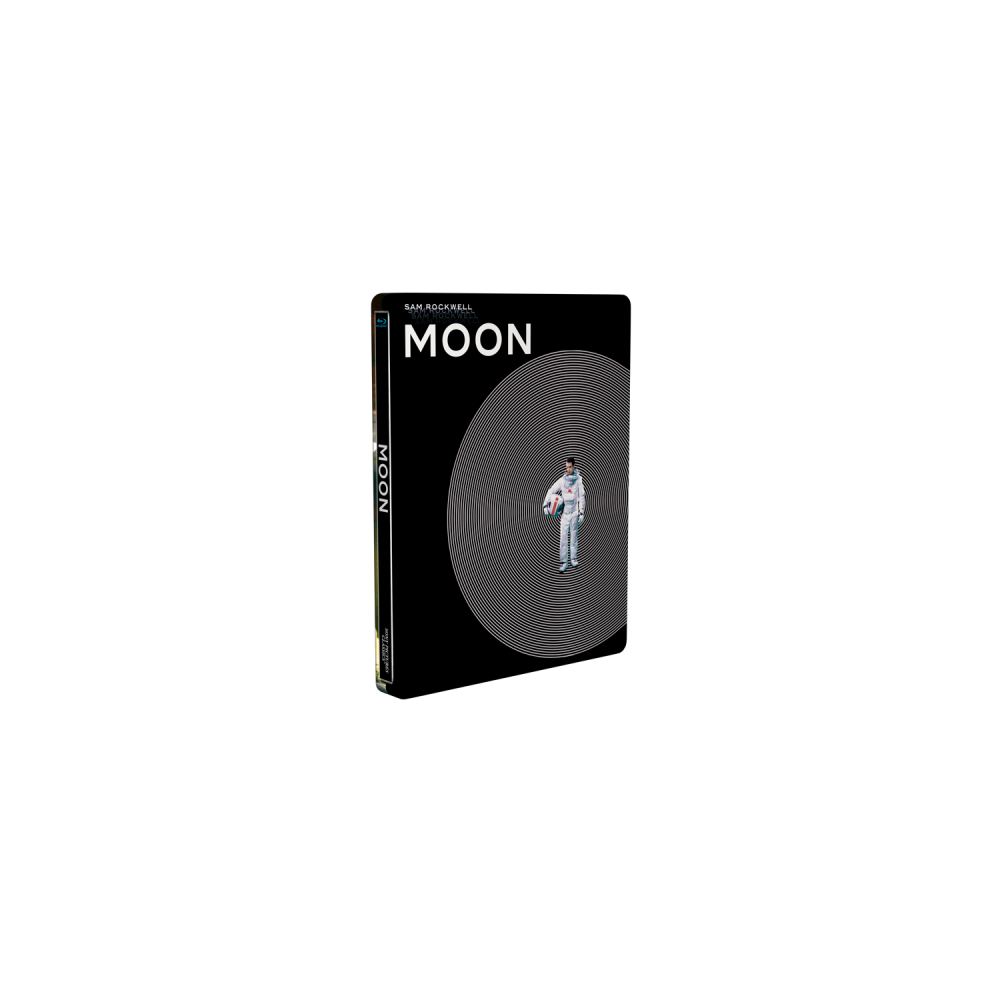 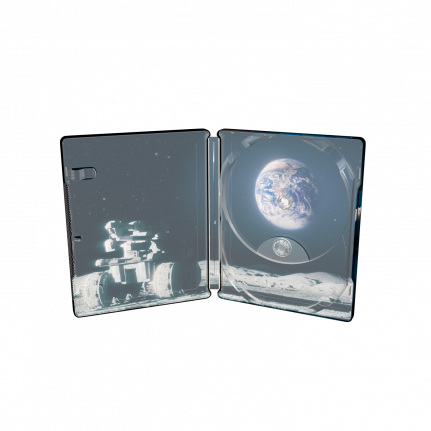 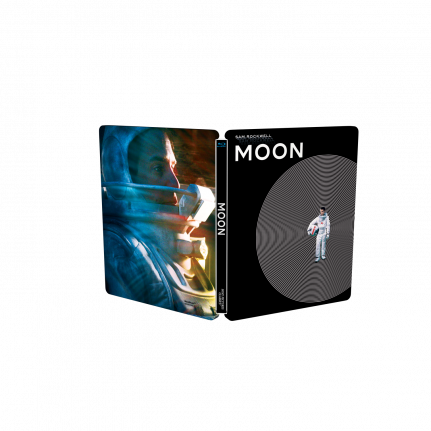 The Moon SteelBook® edition gets a mesmerizing hypnotic look with the metallic circles surrounding the astronaut.

Astronaut Sam Bell is living on the far side of the moon, completing a three-year contract with Lunar Industries to mine Earth’s primary source of energy, Helium-3. Suddenly, Sam’s health starts to deteriorate. While recuperating back at the base (with no memory of how he got there), Sam meets a younger, angrier version of himself, who claims to be there to fulfill the same three year contract Sam started all those years ago. Confined with what appears to be a clone of his earlier self, and with a “support crew” on its way to help put the base back into productive order, Sam is fighting the clock to discover what’s going on and where he fits into company plans.