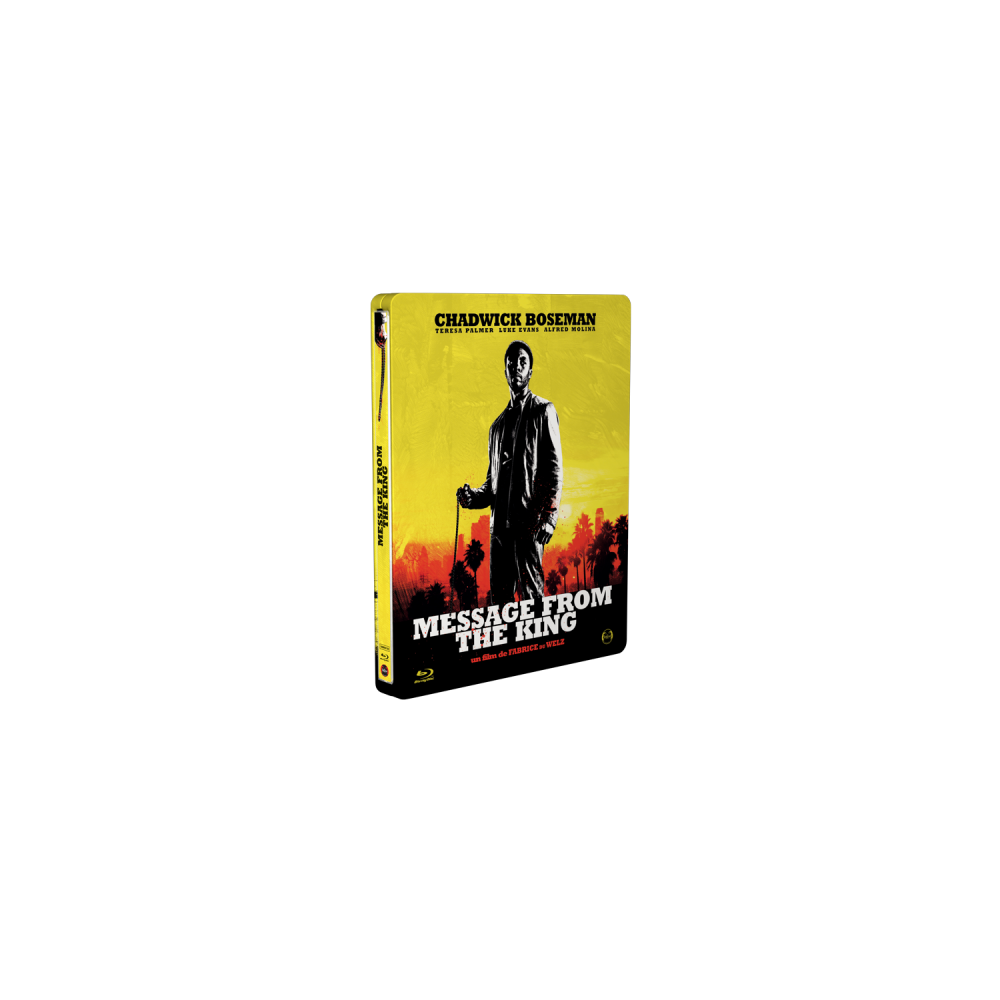 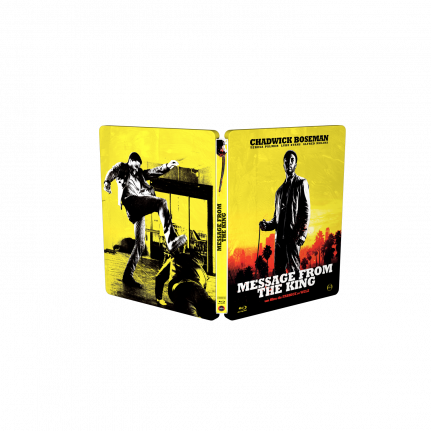 Message from the King

The yellow background on Message from the King‘s SteelBook® artwork has a rich metallic shine, which puts the main character in focus.

Message from the King deposits a mysterious traveller from South Africa into the simmering creepiness of 21st-century Los Angeles. Jacob King is a stranger in a strange land. Rather than basking in the fabled radiance of the City of Angels he drifts, Dante-like, through a sprawling, infernal cityscape of fiercely territorial tribalism and dog-eat-dog savagery. His sister has been killed. He wants answers. And he wants blood.