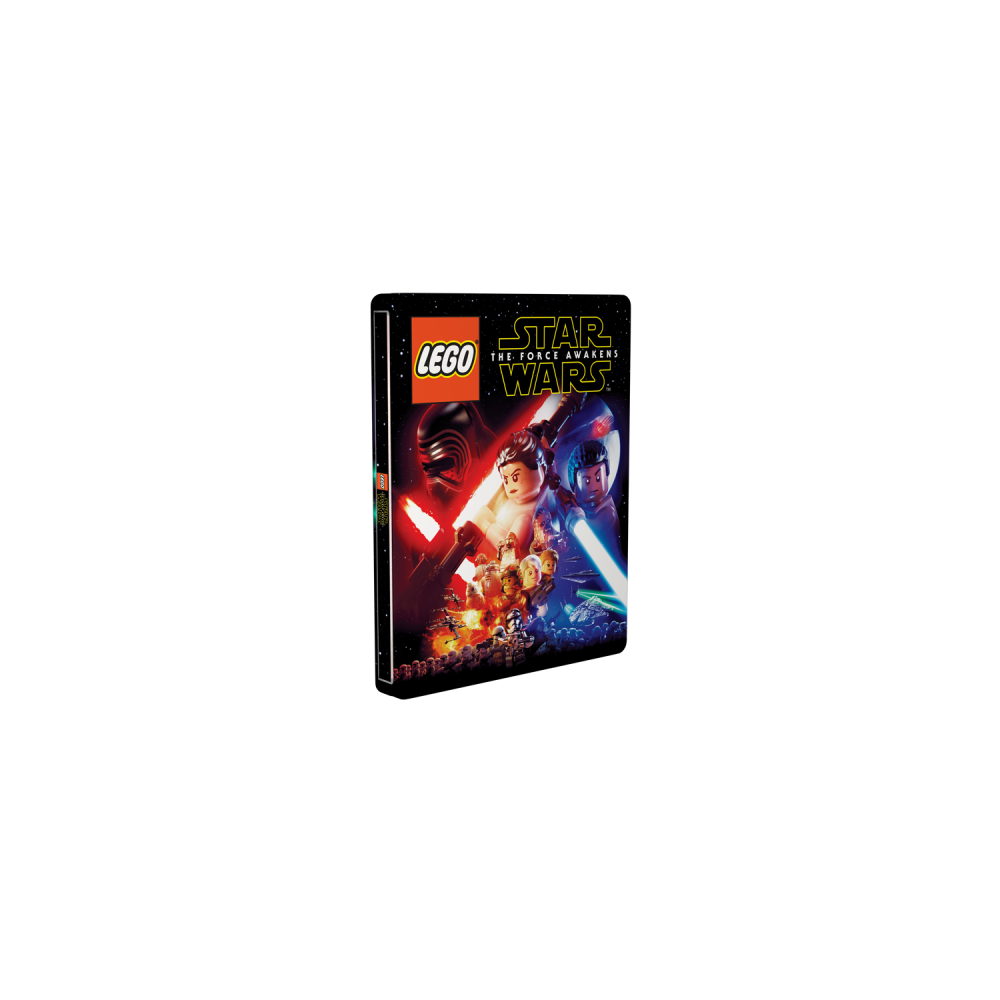 Experience the Galaxy Like Never Before – The LEGO Star Wars: The Force Awakens SteelBook® edition is treated with a neutral varnish and lots of action packed metallic effects.

LEGO® Star Wars™: The Force Awakens™ marks the triumphant return of the No. 1 LEGO videogame franchise and immerses fans in the new Star Wars adventure like never before. Players can relive the epic action from the blockbuster film in a way that only LEGO can offer, featuring all of the storylines from Star Wars: The Force Awakens, retold through the clever and witty LEGO lens. The game will also feature exclusive playable content that takes players on adventures between Star Wars: Episode VI: Return of the Jedi and Star Wars: The Force Awakens, providing additional insight about the new movie and its characters.