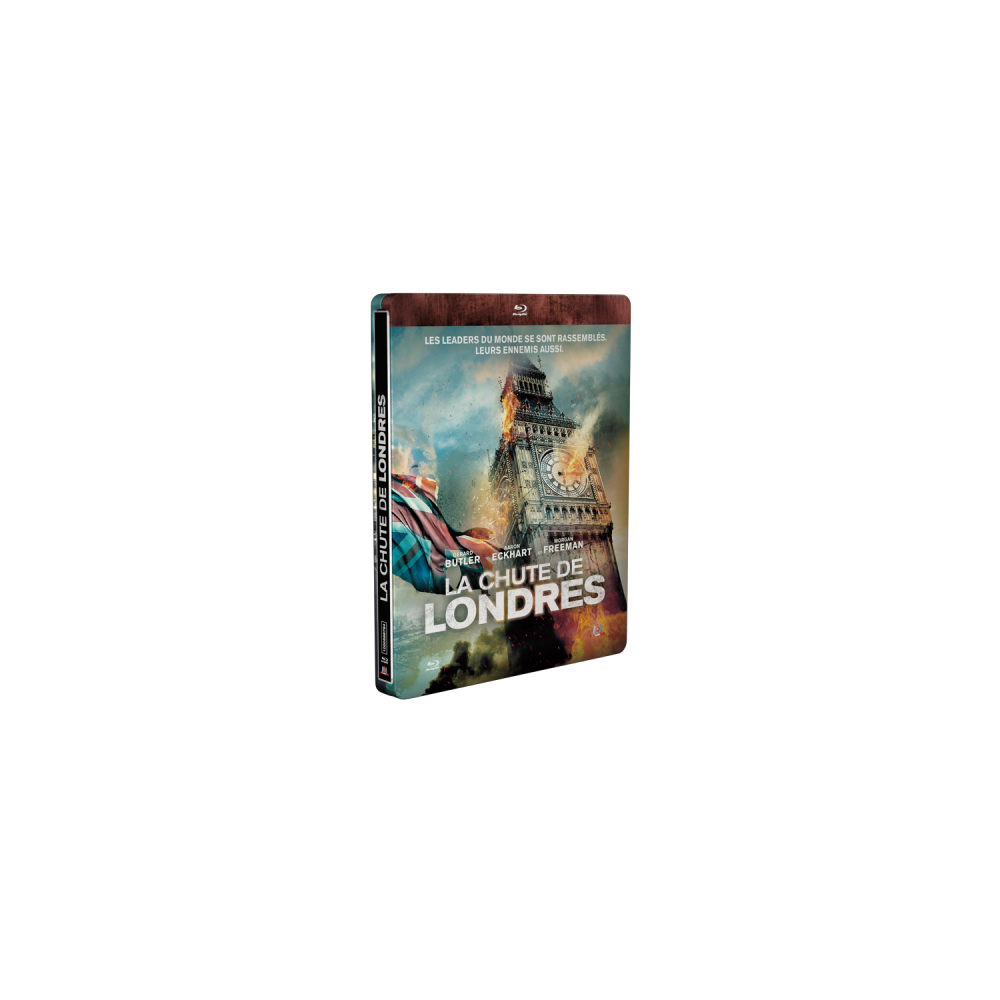 For the French fans of SteelBook® cases the SND-Groupe M6 is proud to present their SteelBook® Edition for “London Has Fallen”.

As a metaphorical vision of the end of time, the artwork shows Tower of London, the symbol of England, on fire with the clocks flying into pieces. To emphasise the doomsday visuals of the artwork zero varnish has been used so the colours appear more intense and dark. A lot of metal effect gives Tower of London an effect of falling.

Gerard Butler returns as Secret Service Agent Mike Banning in London Has Fallen, the high-octane sequel to the box office smash Olympus Has Fallen. In London for the funeral of the British prime minister, the world’s most powerful leaders find themselves being picked off one by one by a sinister terrorist group who are now planning to take out United States President Benjamin Asher (Aaron Eckhart) next. It is up to Banning to protect the President, and secure his safe return home. Also starring Morgan Freeman and Angela Bassett, London Has Fallen is an action-packed, thrill-a-minute experience.