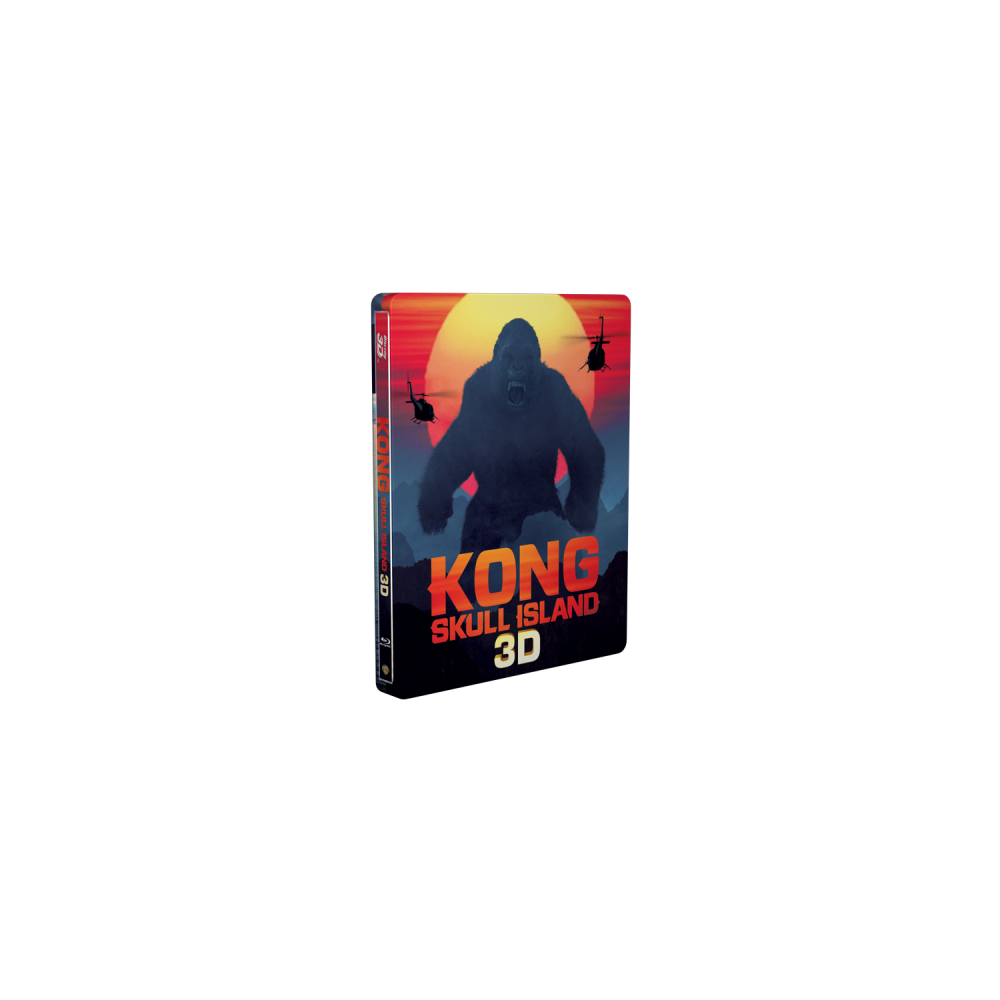 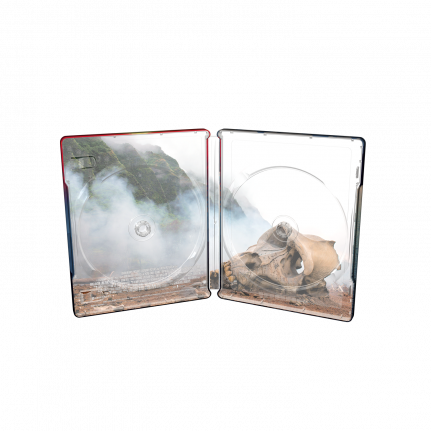 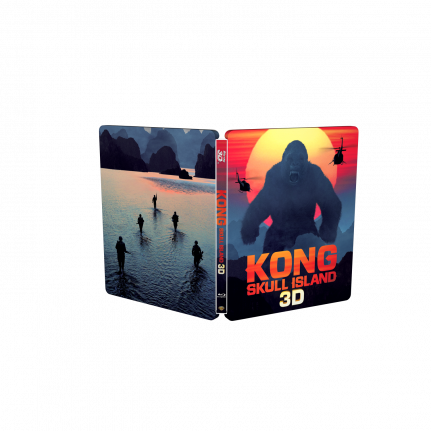 The king of gorillas is back in an excellent SteelBook® edition containing both 2D and 3D version – bringing the mighty Kong into the living rooms! This enchanting artwork becomes even more attractive on the metal canvas, which brings depth and metallic play into the beautiful details of this colourful artwork.

The producers of Godzilla transport audiences to the birthplace of one of the most powerful monster myths of all in Kong: Skull Island, from Warner Bros. Pictures and Legendary Pictures.

When a scientific expedition to an uncharted island awakens titanic forces of nature, a mission of discovery becomes an explosive war between monster and man.