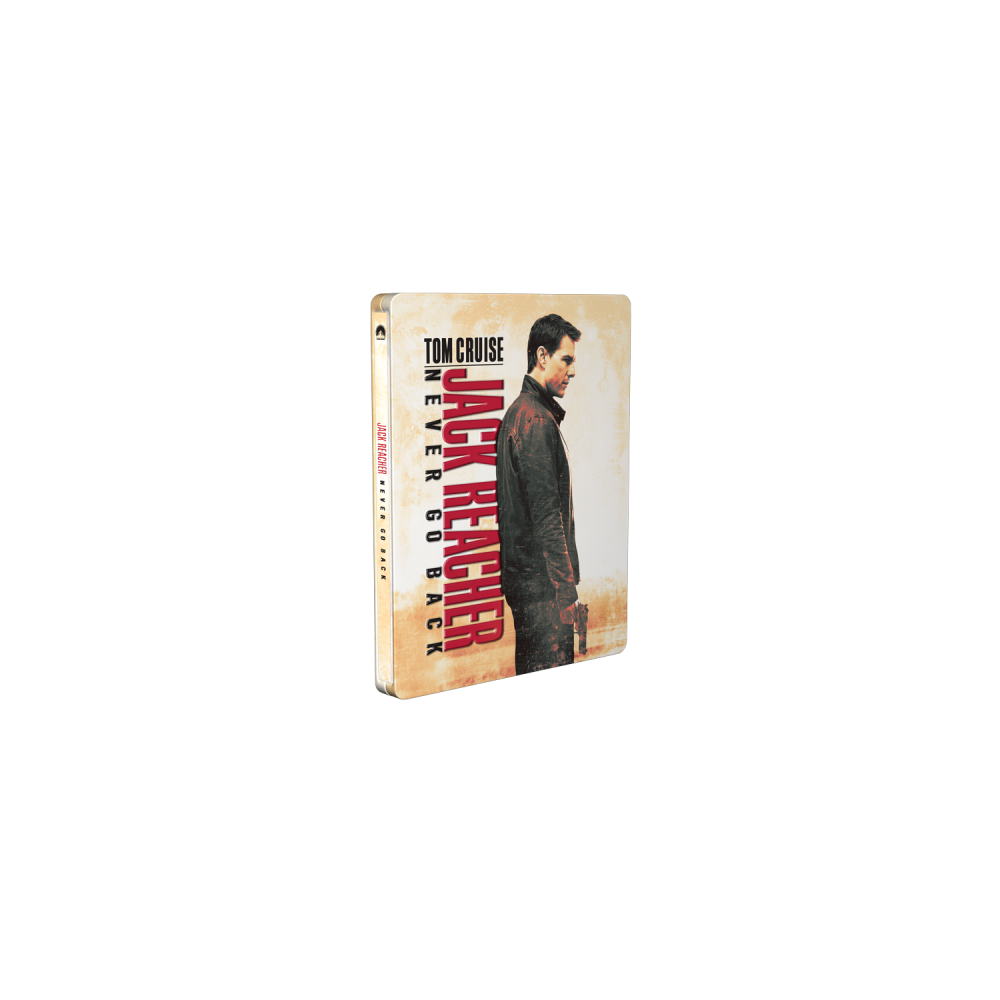 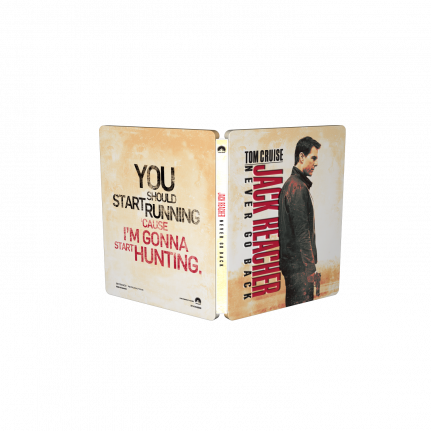 Homicide investigator Jack Reacher is back!  This action packed SteelBook® edition is treated with lots of special features –  it comes with both deboss and spot gloss on the title treatment – the metallic shine is used to emphasize the texture in the artwork.

Jack Reacher (Tom Cruise) returns with his particular brand of justice in the highly anticipated sequel JACK REACHER: NEVER GO BACK. When Army Major Susan Turner (Cobie Smulders), who heads Reacher’s old investigative unit, is arrested for Treason, Reacher will stop at nothing to prove her innocence and to uncover the truth behind a major government conspiracy involving soldiers who are being killed. Based upon JACK REACHER: NEVER GO BACK, author Lee Child’s 18th novel in the best-selling Jack Reacher series, that has seen 100 million books sold worldwide.