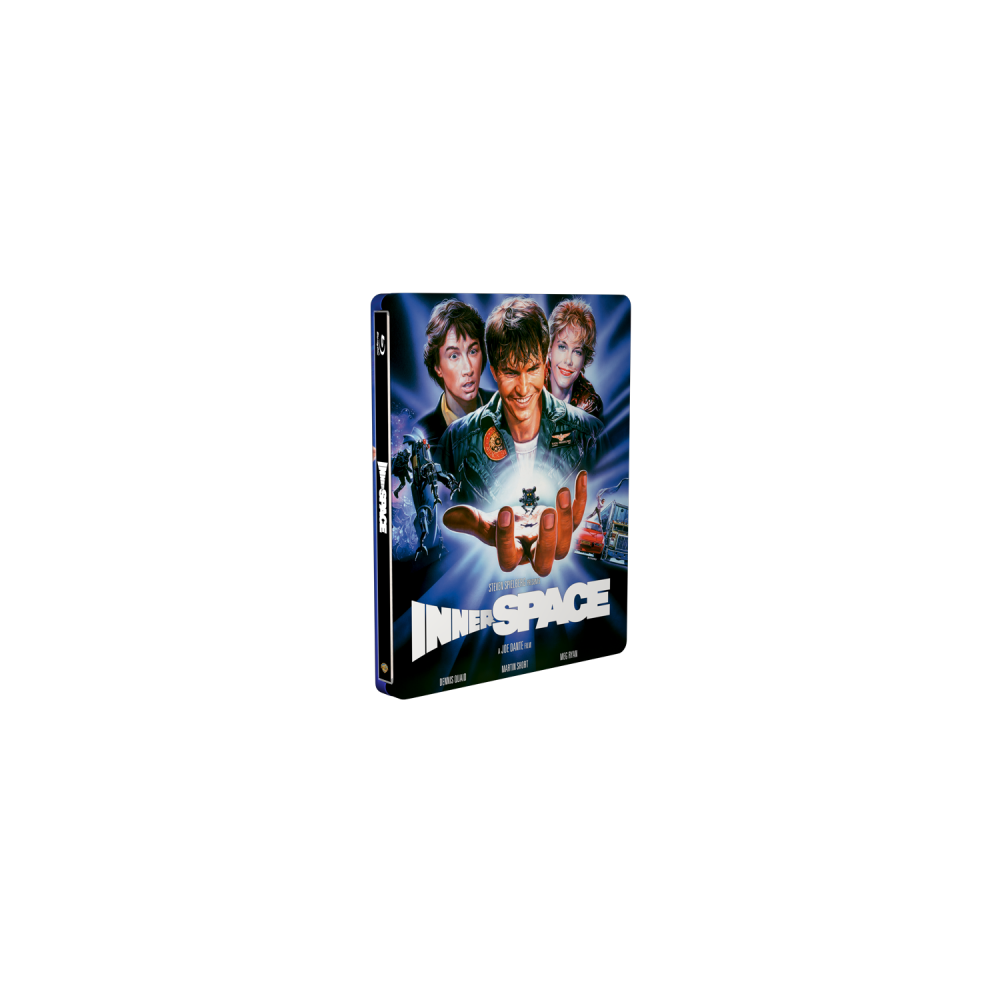 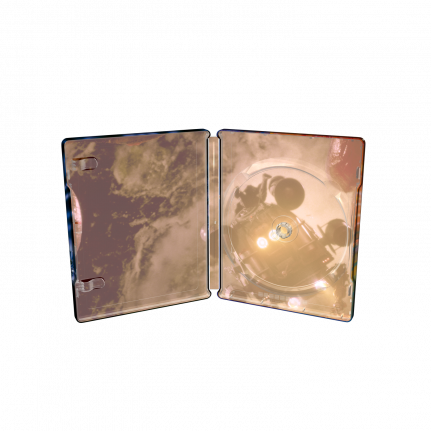 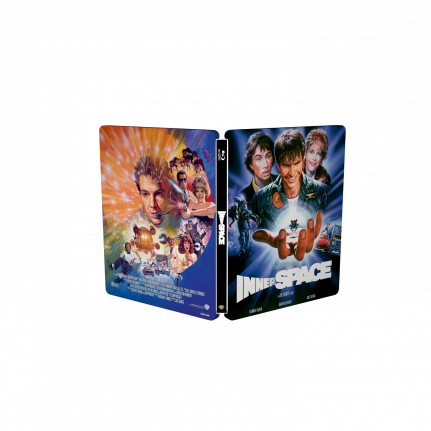 Follow the crazy adventure of a miniaturized pod travelling inside a human body in the 80’s science fiction Innerspace. The classic artwork is revived with this SteelBook® edition’s metallic canvas, where the metal shine brings depth and play to the details.

Gremlins executive producer Steven Spielberg and director Joe Dante again rev their imaginations into overdrive for this comic adventure that won a 1987 Best Visual Effects Academy Award®. The voice Jack (Martin Short) hears is that of hotshot Navy pilot Tuck Pendleton (Dennis Quaid), subject of a secret miniaturization project gone awry and accidentally injected into Jack.  And before frazzled Jack can say “I‘ve got you under my skin,” his unlikely partner propels him into the craziest escapade of his life.