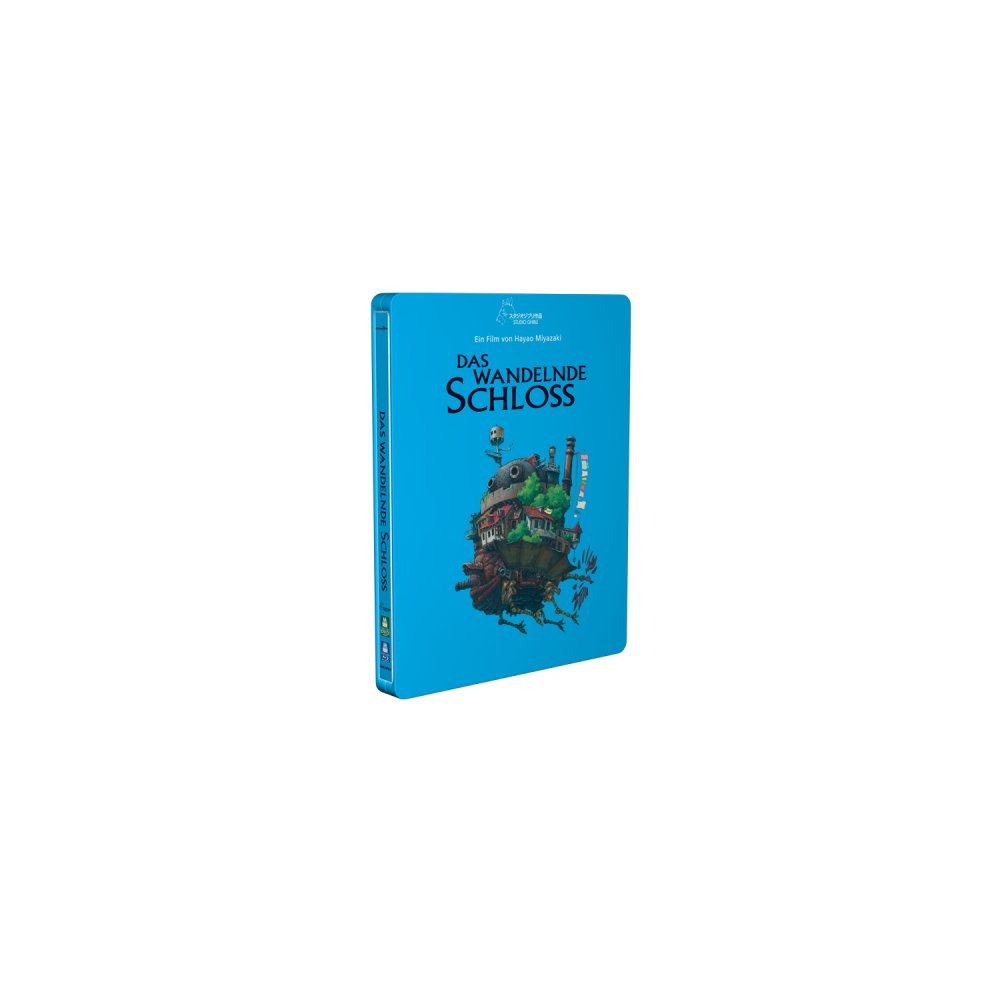 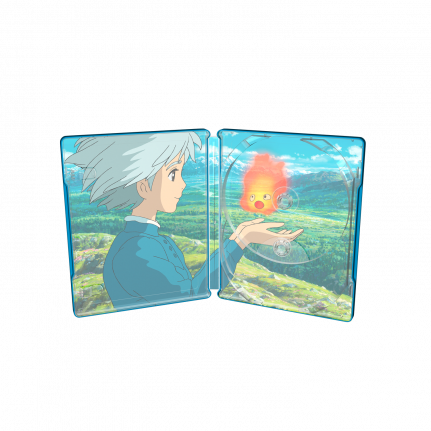 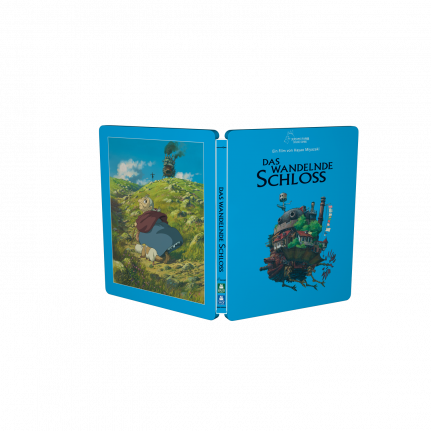 With this edition, you can look forward to approximately 221 minutes of extra material, including storyboards, interviews, production of the film music, Hayao Miyazaki visiting Pixar, the Japanese original TV commercials and the Studio Ghibli trailer show. As with the other German Ghibli SteelBook® releases this one has an exclusive collector’s coin!

Sophie, an average teenage girl working in a hat shop, finds her life thrown into turmoil when she is literally swept off her feet by a handsome but mysterious wizard named Howl. After this chance meeting, she is turned into a 90-year old woman by the vain and conniving Witch of the Waste. Embarking on an incredible adventure to lift the curse, she finds refuge in Howl’s magical moving castle where she becomes acquainted with Markl, Howl’s apprentice, and a hot-headed fire demon named Calcifer.