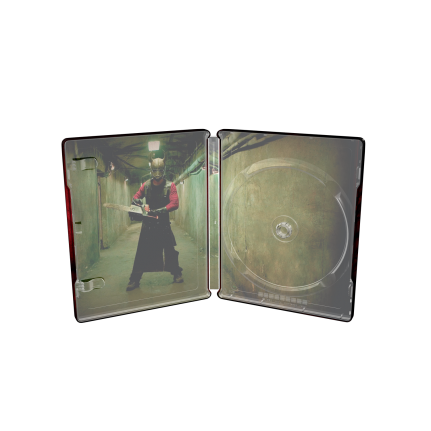 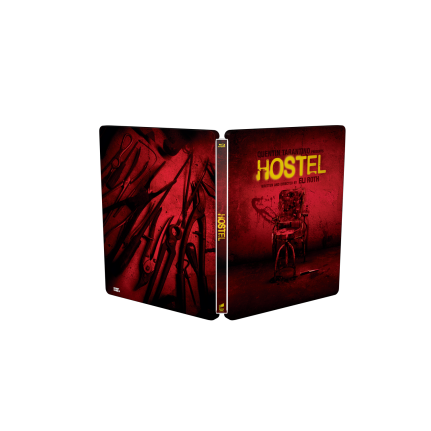 Fans of the hard core splatter genre will be happy to learn that the movie Hostel, can now be acquired in a SteelBook® edition. The outside artwork has visuals from the movie made in bloody red nuances, leaving no one in doubt of the creepy themes of the film. The treatment with a matte varnish is cleverly used and metallic details in the rusty tools and the slimy wall suddenly appear very realistic.

Full of adventure and fun, American college buddies Paxton and Josh backpack through Europe, and are eventually lured to what’s described as ‘a land of milk and honey’ for American backpackers – a hostel in a remote Slovakian town stocked with Eastern European women as desperate as they’re gorgeous.

The two friends arrive and easily pair off with Natalya and Svetlana. In fact, too easily… Initially distracted by the good time they’re being shown, the Americans quickly find themselves in a increasingly sinister situation that they’ll discover is as wide as the vast web of post-Communist corruption and as deep as the darkest, sickest recess of human nature itself – if they survive.