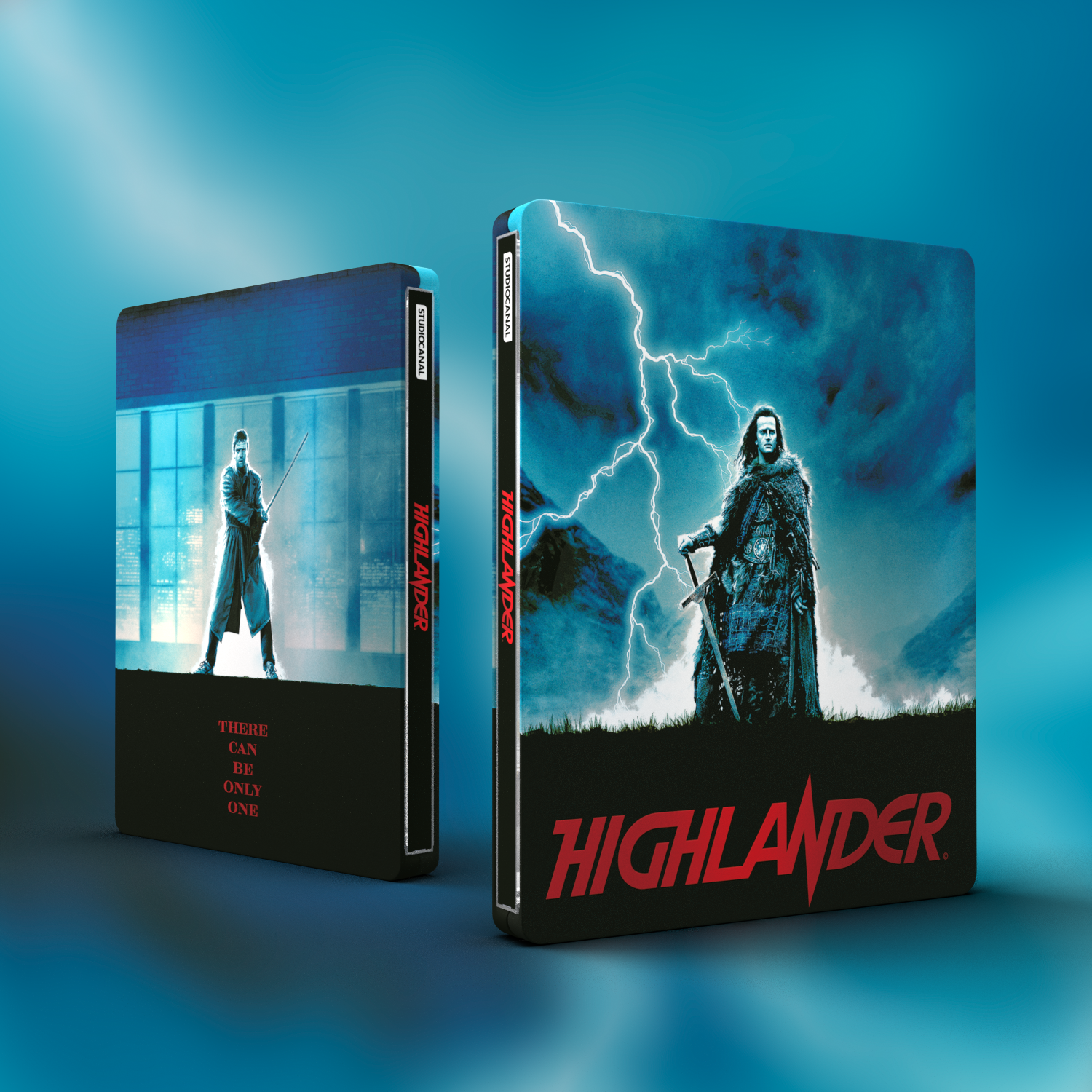 
A Glossy Release with both 4K-UHD and Blu-ray.

Christopher Lambert and Sean Connery star in 1986 cult classic HIGHLANDER. He fought his first battle on the Scottish Highlands in 1536.
He will fight his greatest battle on the streets of New York city in 1986. His name is Connor MacLeod. He is immortal.

After surviving a wound that should have killed him during a clan battle in the Scottish Highlands in 1536, Connor MacLeod (Christopher Lambert) is banished from his village.
Years later, he is met by Juan Sanchez Villa-Lobos Ramirez (Sean Connery), a swordsman who teaches MacLeod the truth about himself, he is immortal; one of a race of many who can only die when the head is cut from the body.

He must fight his way through the centuries until the time of The Gathering, when the few immortals who have survived the ages will come together to fight until only one remains. In New York City the final fight is about to begin, and in the end, there can be only one.