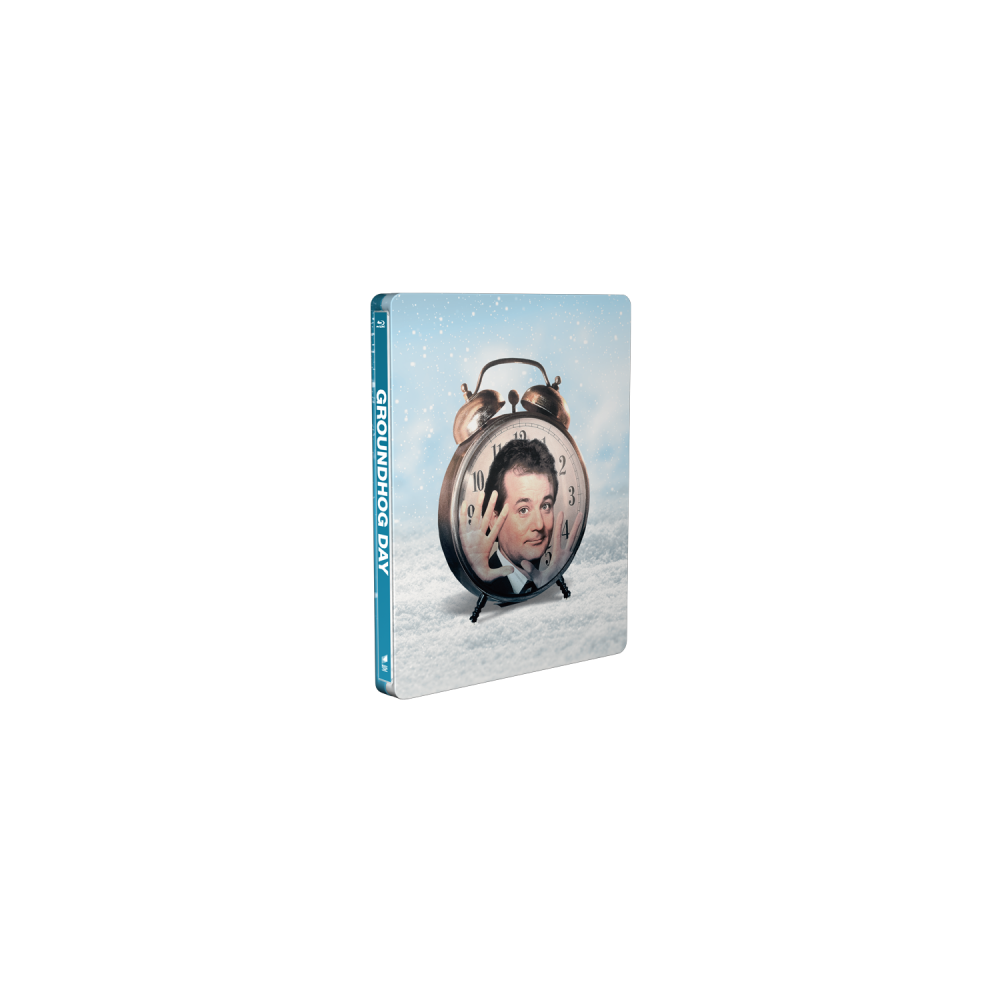 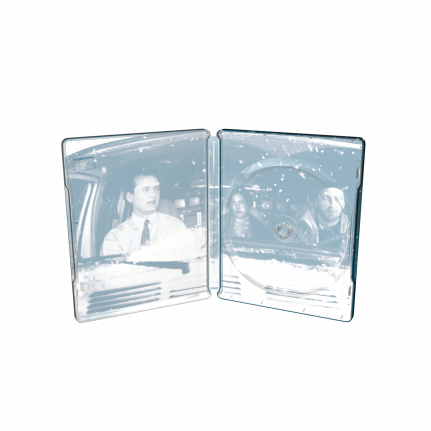 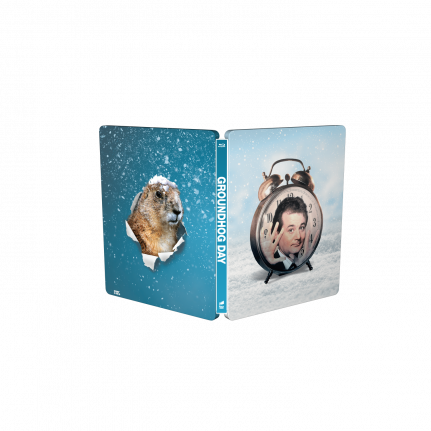 Now the classic Bill Murray movie Groundhog Day, has a new and updated look! This SteelBook® edition has an overall matte varnish, but glossy effects on the clock on the front and the groundhog on the back. The front and back have opposite metallic shines, and the snowflakes and the clock have metallic tints for a realistic effect.

Bill Murray is at his wry, wisecracking best in this riotous romantic comedy about a weatherman caught in a personal time warp on the worst day of his life. Teamed with a relentlessly cheerful producer (Andie MacDowell) and a smart-aleck cameraman (Chris Elliott), TV weatherman Phil Connors (Bill Murray) is sent to Punxsutawney, Pennsylvania, to cover the annual Groundhog Day festivities. But on his way out of town, Phil is caught in a giant blizzard, which he failed to predict, and finds himself stuck in small-town hell. Just when things couldn’t get any worse, they do. Phil wakes the next morning to find it’s Groundhog Day all over again… and again… and again.