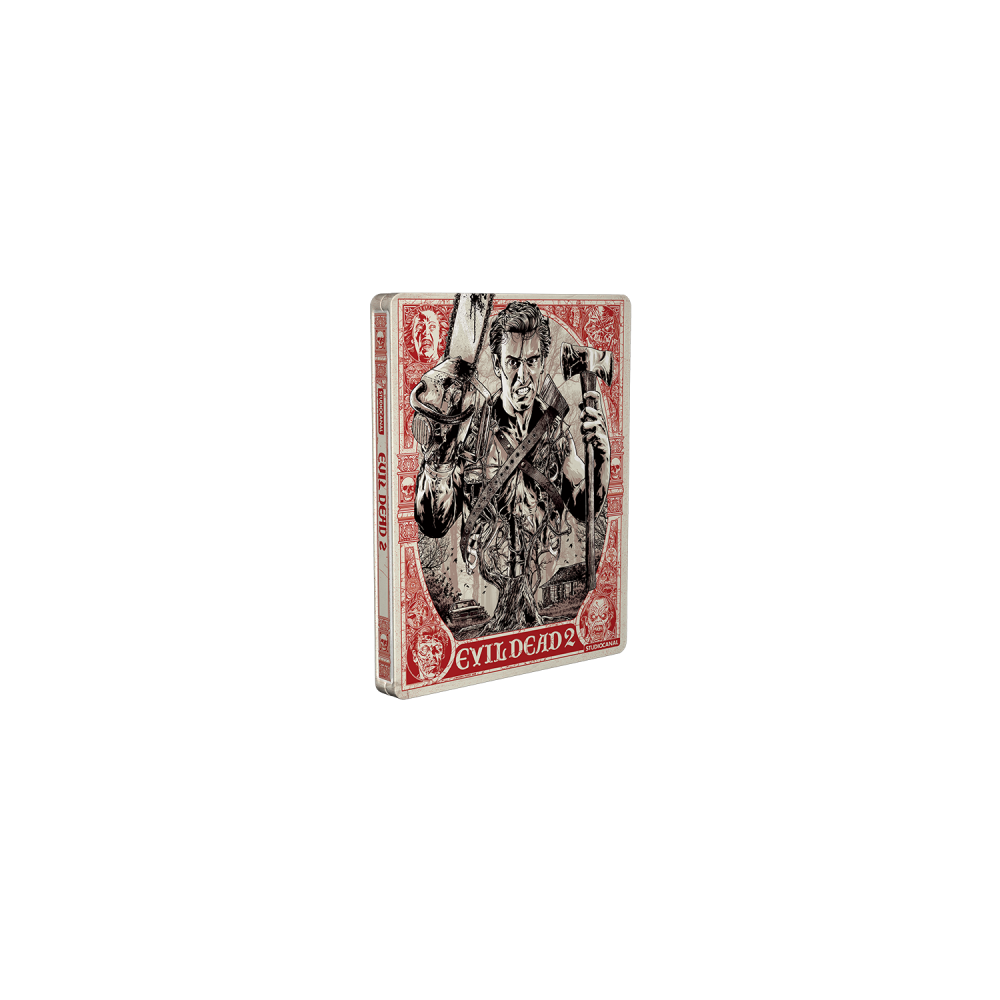 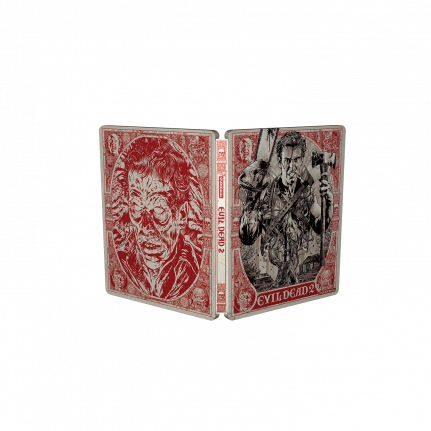 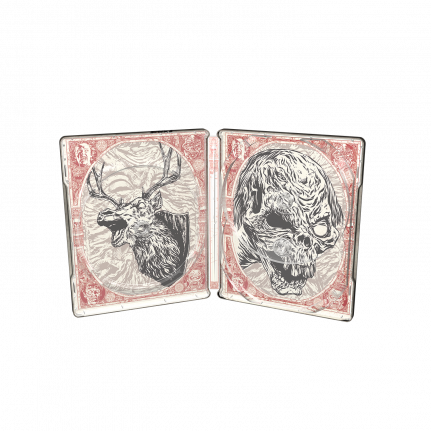 The artwork details of this SteelBook® edition makes it beyond remarkable.

After the shocking and notorious cult classic THE EVIL DEAD impaled its way into the minds of a whole generation, visionary maverick director Sam Raimi decided to elaborate on its twisted scenario.

Featuring b-movie legend Bruce Campbell in his most iconic role, EVIL DEAD 2 is a gore-fuelled, splatstick masterpiece that gleefully stomps on the entrails of good taste whilst puking in the face of Hollywood with no apologies.

In an apparently forsaken cottage, Ash and Annie discover a tape-recorder. They turn it on and hear Professor Knoby’s voice who successfully translated a Book of the Dead. His words awaken the spirit of Evil. Annie disappears.

Ash is pursued by a strange power. On waking up, he is possessed by Evil, but resumes his normal appearance at sunrise. He vainly tries to escape and shelters in the cottage again. Hideous ghosts attack him …