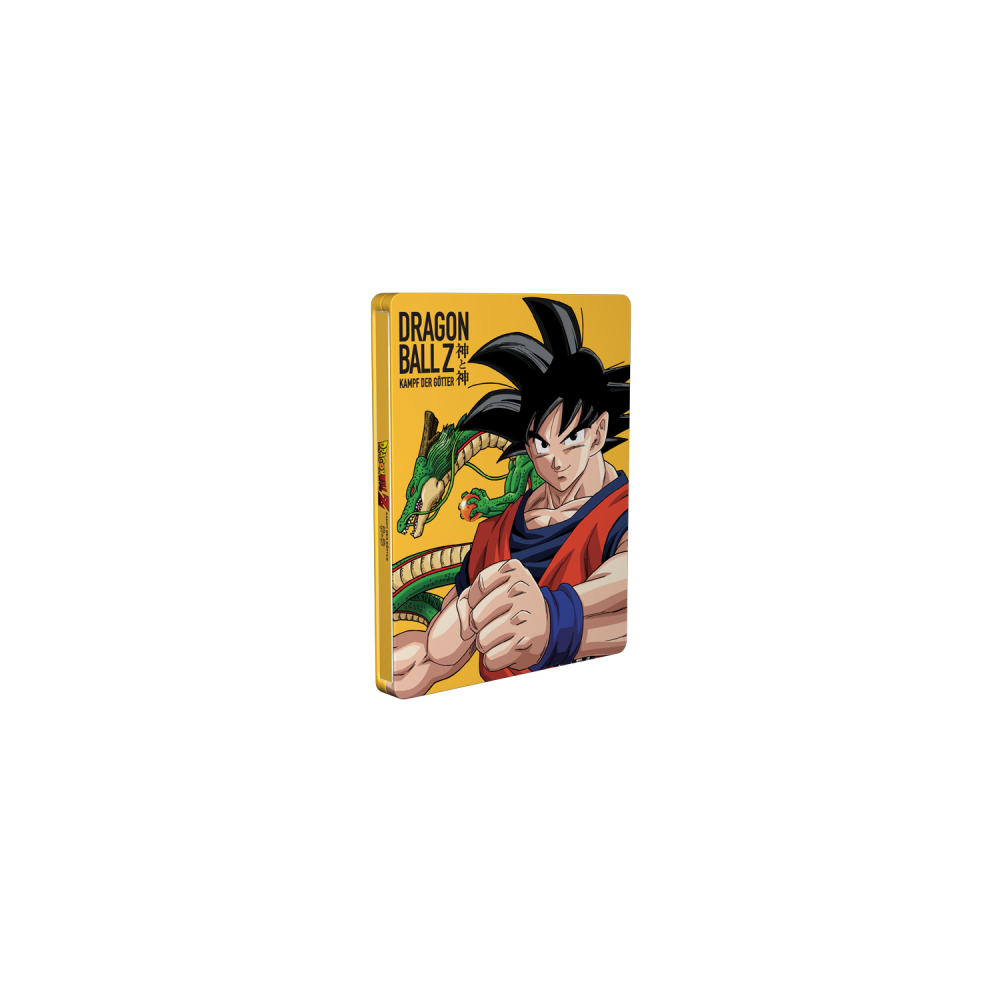 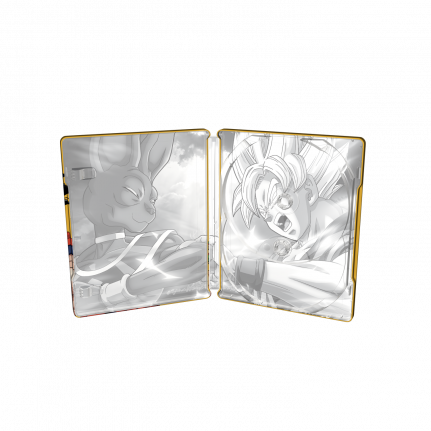 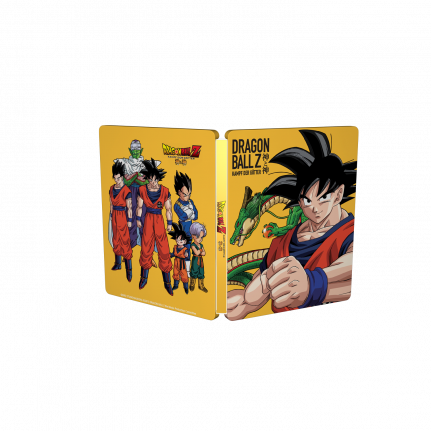 This golden Dragonball Z SteelBook® edition is a must-have for the German Dragonball fans! The protagonist Son Goku, defender of the Earth, is on the front cover and all leading characters on the back. This Gold edition includes 1 DVD, 1 Blu-ray, booklet (24 pages) and 3 postcards!

Battle of Gods is the first film considered an official part of the Dragon Ball storyline, being set during the time skip in chapter 517 of the original manga, with original creator Akira Toriyama deeply involved. The plot involves Beerus, the God of Destruction, learning of the defeat of the galactic overlord Freeza at the hands of Son Goku. Seeking an opponent worthy of his power, Beerus, along with his companion Whis, travels to the North Galaxy to challenge Goku to a battle.