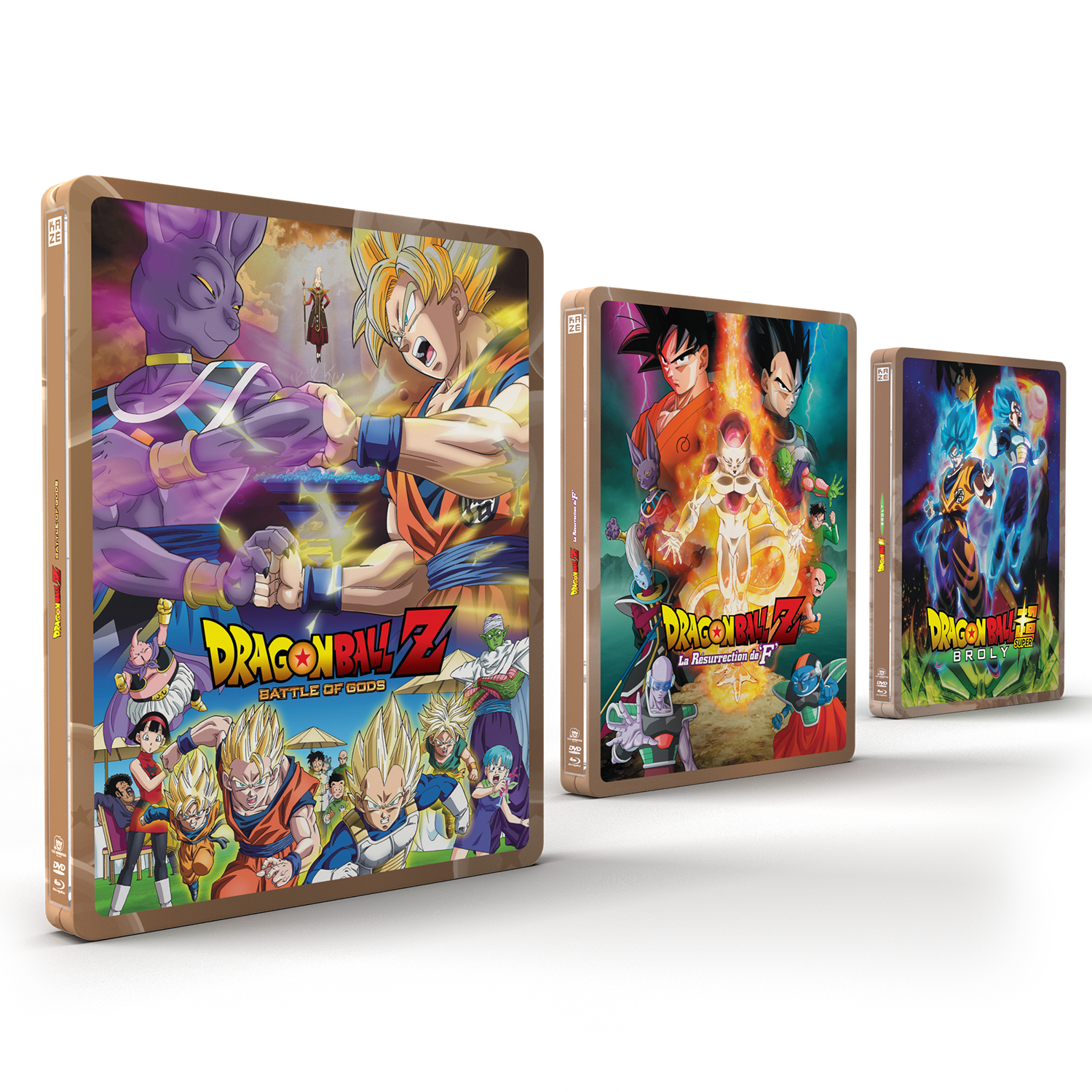 DRAGON BALL BATTLE OF GODS:
Boo’s threat has been contained, and peace has returned to Earth.

But it is once again in peril as Beerus, the god of destruction, wakes up from a long torpor and decides to go in search of the Super divine Saiyan, the only warrior who could stand up to him.

Having heard of the existence of Son Goku, Beerus sees in him the being he is looking for, and so makes his way to the blue planet.

But is Son Goku really the divine Super Saiyan of prophecy? Will he be matched against the god who once enslaved Frieza and King Vegeta? Heavenly Super Saiyan vs. Millennial God: The Ultimate Showdown!

DRAGON BALL FREEZER:
After the fight against Beerus, the God of Destruction, Son Goku and Vegeta train alongside Whis to become even stronger.

Meanwhile on Earth, Sorbet and Tagoma, two members of Freeza’s army, are on the hunt for crystal balls to resurrect the terrible tyrant!

Once back to life, the latter’s sole objective is to take revenge on Son Goku and permanently get rid of all the Saiyans!

Between a thirst for revenge and new transformations, the final confrontation between Son Goku and Frieza is likely to be remembered!

DRAGON BALL BROLY:
While peace seems to reign on the blue planet after the Tournament of Power, Goku remains on his guard and continues his training because he knows that overpowered enemies can arise at any time and endanger the Earth and its inhabitants.

And his instinct does not deceive him! While nothing foreshadowed, a formidable Saiyan, Broly, makes his appearance to the surprise of Goku and Vegeta, who believed to be the last survivors and representatives of this people decimated after the destruction of Planet Vegeta.

In addition, Broly did not come alone: he is accompanied by another Saiyan, Paragus and by Frieza, whose intentions leave no room for misunderstanding.

Bitter fights, galore transformations and twists and turns again make up the winning formula for a successful Dragon Ball movie!