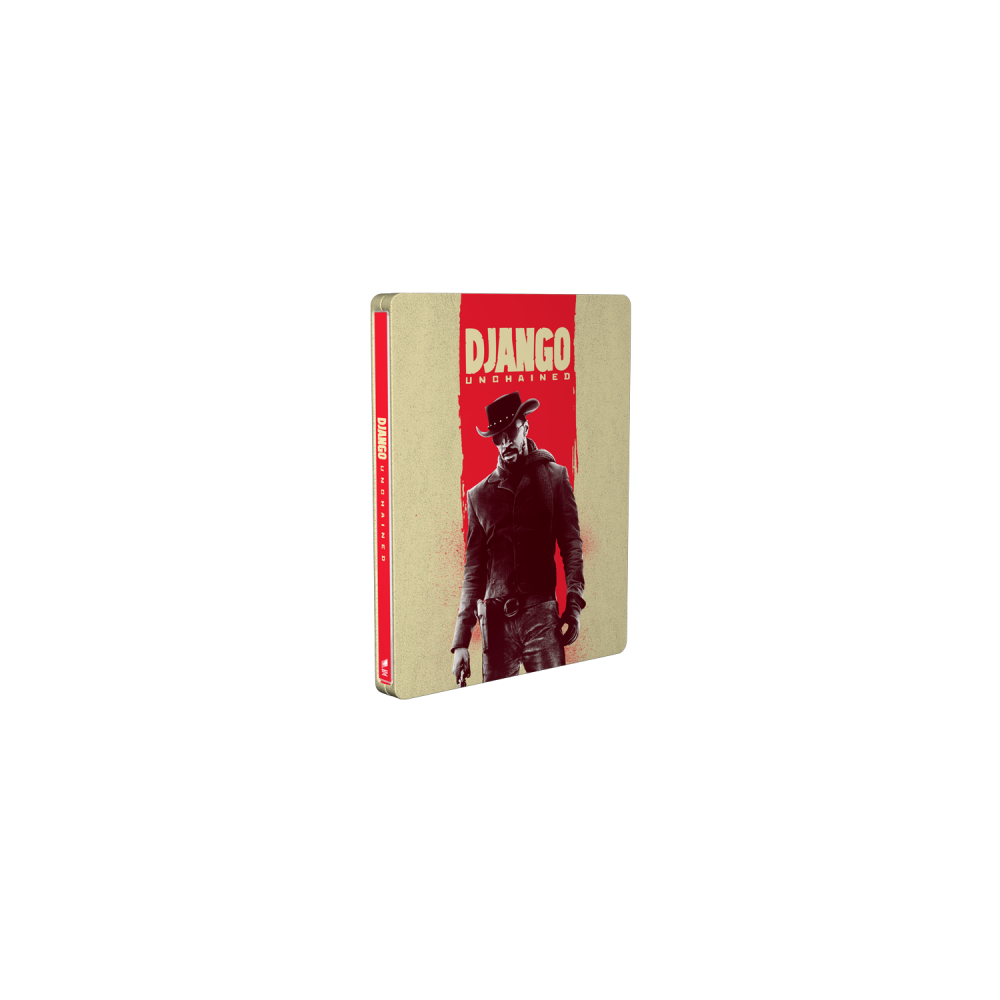 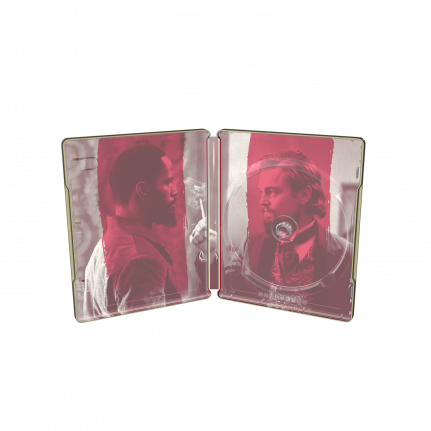 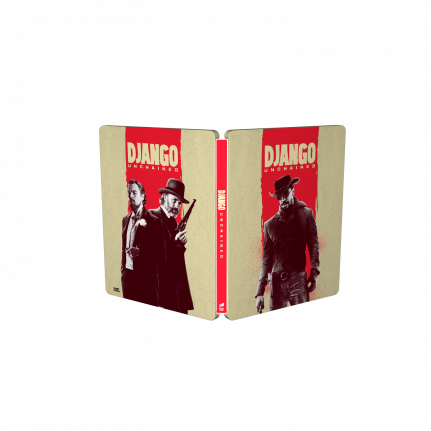 Django Unchained is often mentioned as one of the best movies from 2012, and this SteelBook® case is treated with an amazing finish to match the movie. It is debossed on the title treatments on front and back. The cream coloured areas has matte varnish, while it is glossy on red areas and the characters. The metallic shine comes through on the background, which makes the characters stand out.

Former dentist, Dr. King Schultz, buys the freedom of a slave, Django, and trains him with the intent to make him his deputy bounty hunter. Instead, he is led to the site of Django’s wife who is under the hands of Calvin Candie, a ruthless plantation owner.

20 Years In The Making: The Tarantino XX Blu-ray Collection featurette