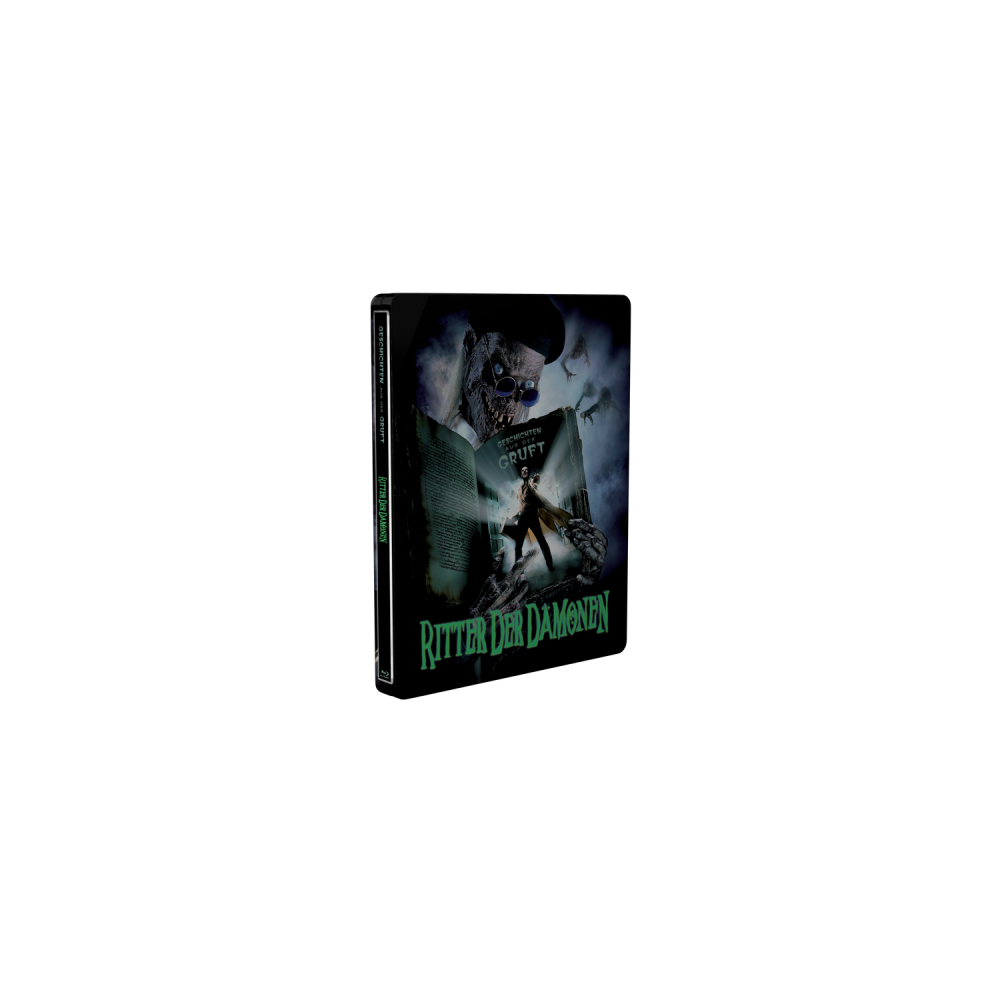 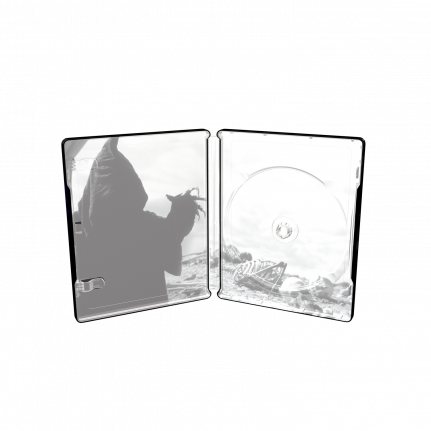 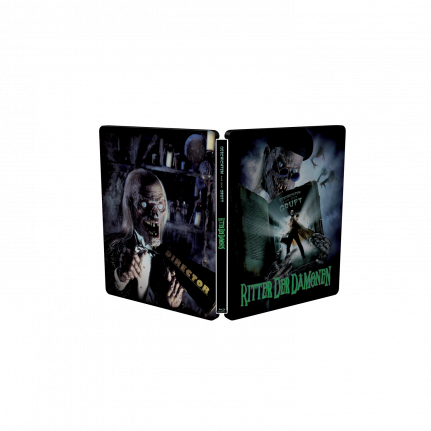 Take a trip down memory lane with the SteelBook® edition of the classic horror comedy Demon Knight. This edition is treated with glossy varnish and the metallic shine creates an interesting play on the background and on the book on the front.

Horror fans will get excited to know that this edition has previously unseen material!

A mysterious drifter known as Brayker (William Sadler, Iron Man 3) possesses the last of seven ancient keys that hold the power to stop the forces of darkness and protect all humanity from ultimate evil. But the human race is safe only so long as Brayker can evade the demonic Collector (Billy Zane, Titanic) who has gathered the other six keys.

In his obsessive quest for the key, the Collector rallies an army of ghastly cadavers against Brayker and the inhabitants of a run-down hotel. Armed with automatic weapons, sacred blood and sadistic humor, Brayker and the strong-willed Jeryline (Jada Pinkett-Smith, Gotham) must lead the other guests in a gruesome battle against the Collector and his evil horde of ghouls.