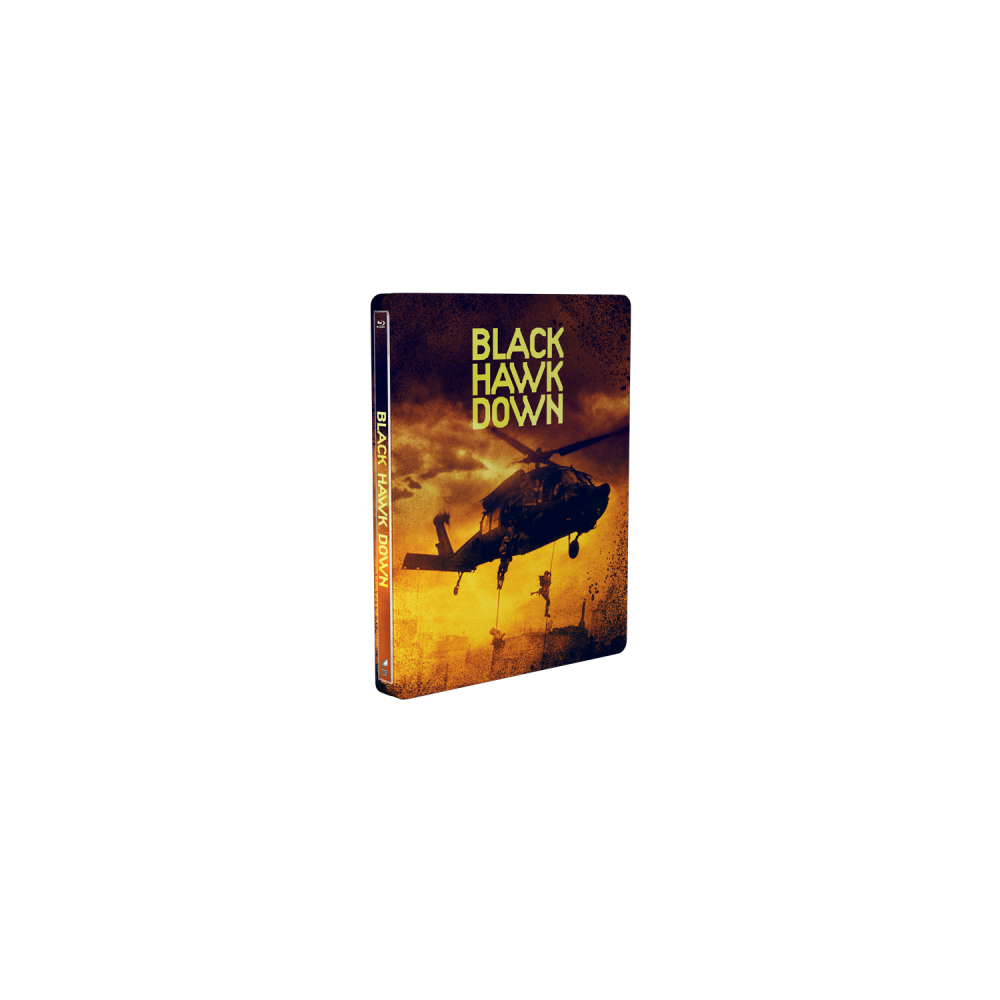 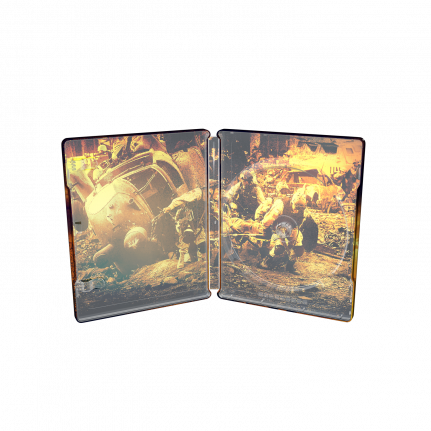 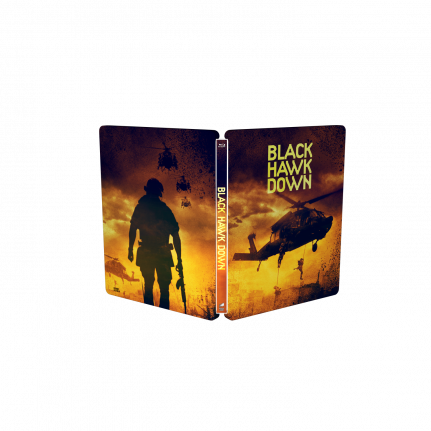 The two times Oscar winning movie Black Hawk Down comes in a SteelBook® edition treated with a spot gloss, giving the soldiers and helicopters a glossy shine on the matte background. The white layer is creatively used to create contrast in the metallic shine in the details, while the debossd title treatment stands out with a solid yellow colour.

From acclaimed director Ridley Scott (Gladiator, Hannibal) and renowned producer Jerry Bruckheimer (Pearl Harbor, Armageddon) comes a gripping true story about bravery, camaraderie and the complex reality of war. In 1993, an elite group of American Rangers and Delta Force soldiers are sent to Somalia on a critical mission to capture a violent warlord whose corrupt regime has lead to the starvation of hundreds of thousands of Somalis. When the mission goes terribly wrong, the men find themselves outnumbered and literally fighting for their lives.