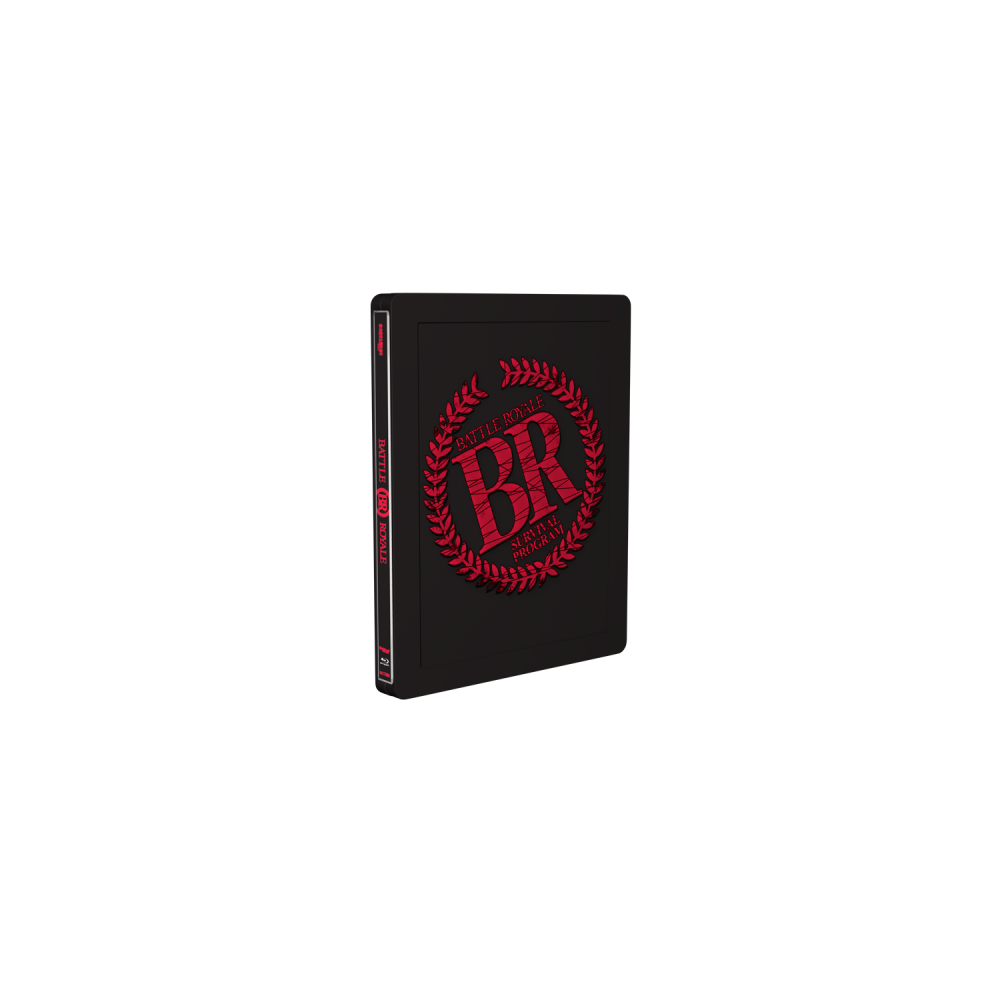 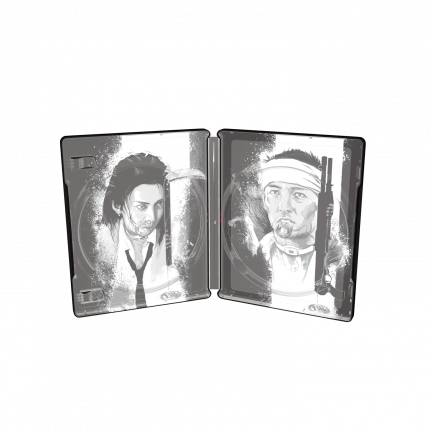 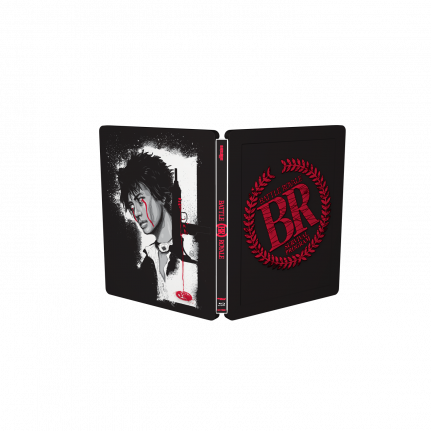 The Japanese dystopian movie Battle Royale comes in a striking SteelBook® edition treated with spot gloss and embossing. The overall matte black background makes the glossy and embossed logo on the front stand out. On the back the metallic shine creates a dramatic effect on the bloody details, while the spot gloss reveals a hidden Battle Royale logo!

Japan at the beginning of the new millennium. The country is in chaos and violence in schools are out of control. The government countered with a new law: The Battle Royale. Every year a school class is randomly selected and exposed on a desert island. The students are now part of a “game” that has only three rules: it takes three days, everyone gets food and a weapon ONLY to survive.