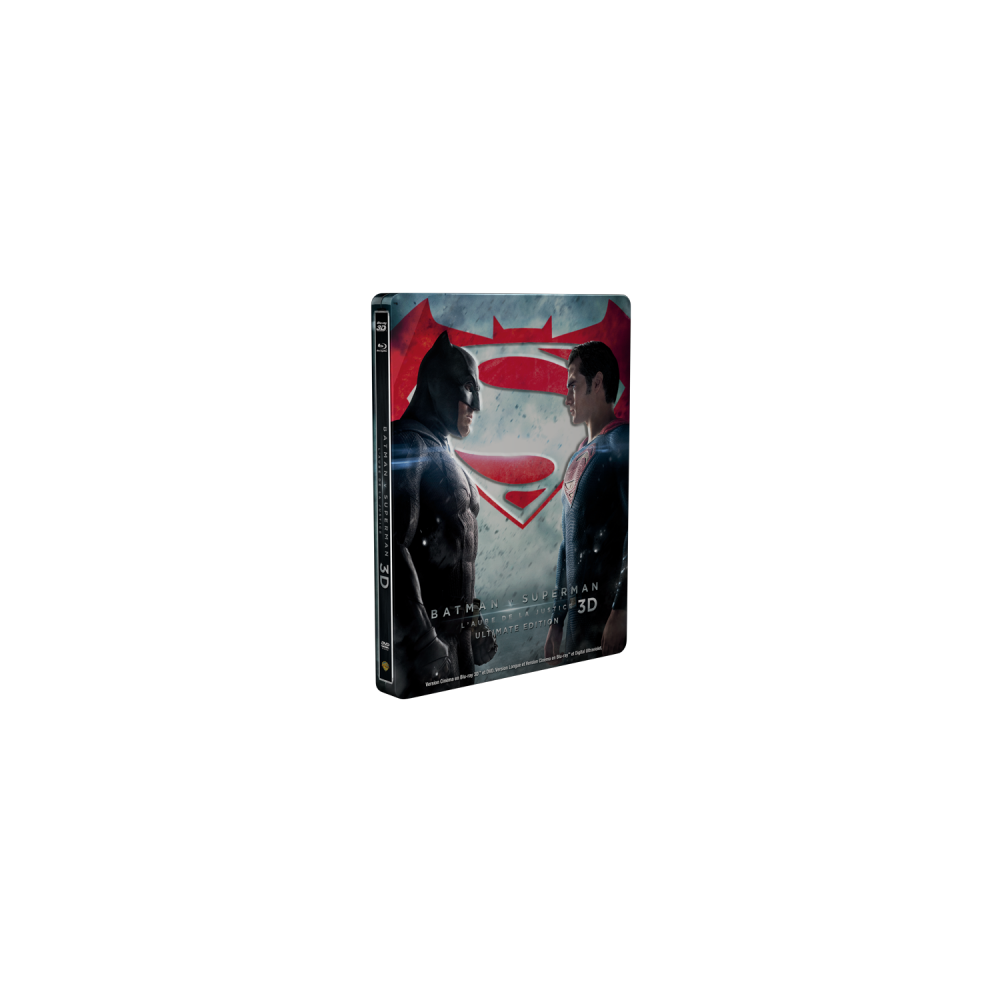 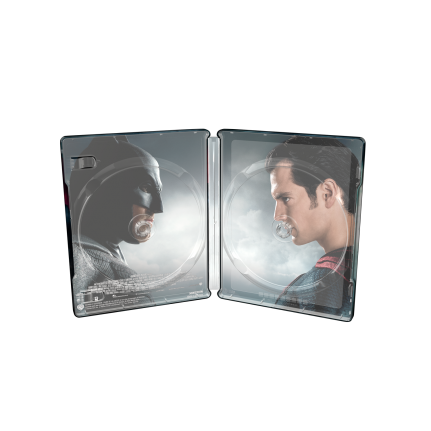 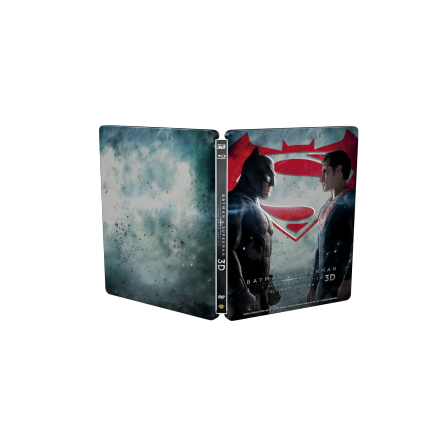 Batman v Superman – Dawn of Justice comes in a SteelBook® edition for French audience and Warner Bros. France has gone the extra mile to make it special for the fans of the movie.

The superhero logo has been debossed and the red colours are bright against the dark blue background. The spot gloos varnish is used to create a clear difference between the matte superheroes and the glossy logo, and has a great effects when the SteelBook® case is seen from different angles.

Fearing the actions of a god-like super hero left unchecked, Gotham City’s own formidable, forceful vigilante takes on Metropolis’s most revered, modern-day savior, while the world wrestles with what sort of hero it really needs. And with Batman and Superman at war with one another, a new threat quickly arises, putting mankind in greater danger than it’s ever known before.