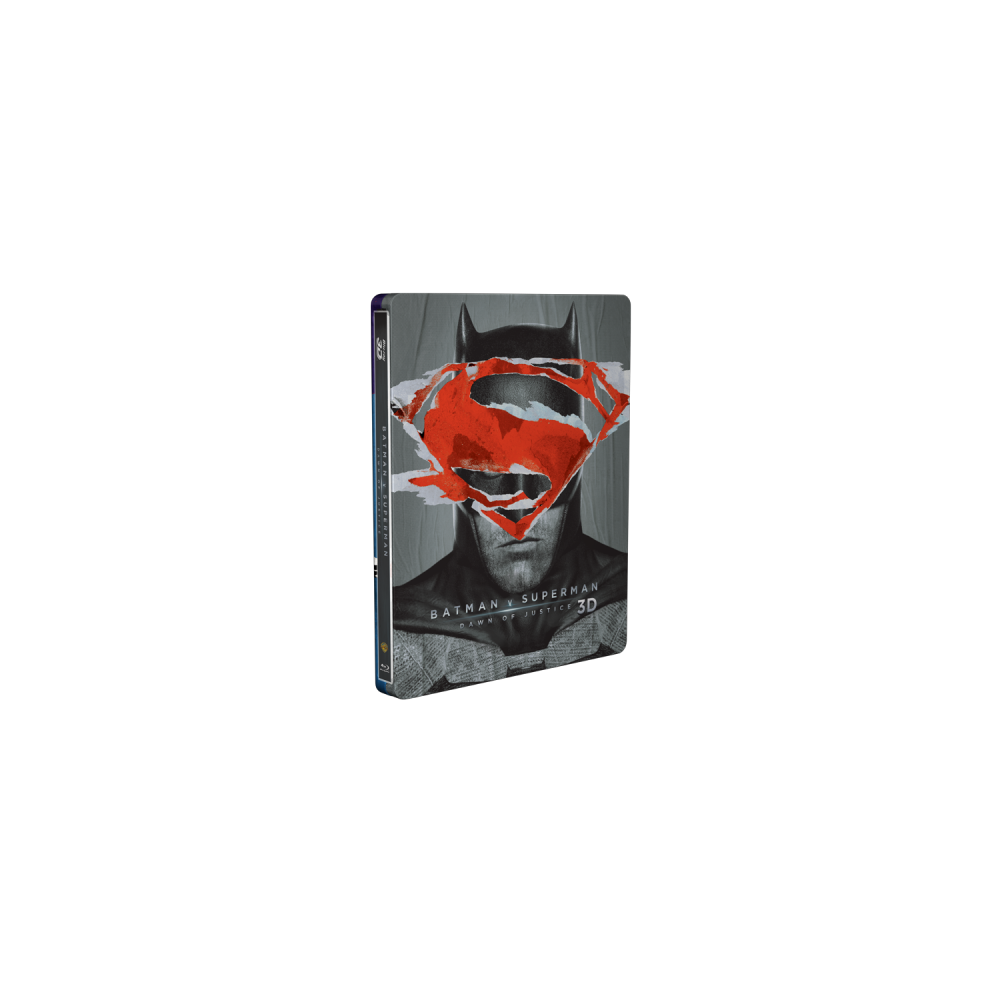 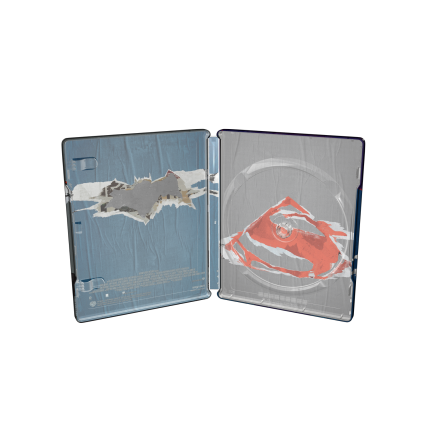 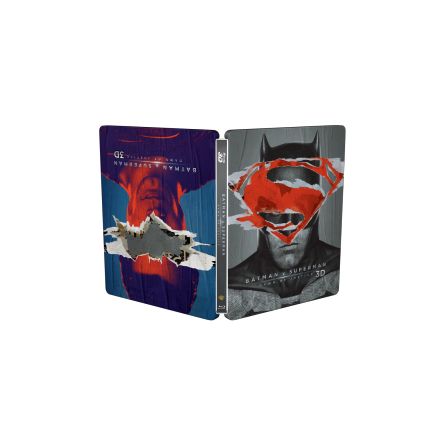 For Batman v Superman: Dawn of the Justice  Zack Snyder was concerned about every artistic detail. Therefore Warner Bros has chosen the artwork mindfully matching the stunning world of the film to their SteelBook® edition. Alike the movie, this SteeelBook® case is a piece of artwork: no rules of physics,  everything you see is simply change of perspective.

Batman and Superman are sharing the artwork of this SteelBook® case, in an original up and down way, both on the outside and the inside artwork. The contrast in Batman’s dark costume and Superman’s red and blue costume is creating a visually intriguing design. This cool looking SteelBook® case is treated with a Zero varnish, which creates an elegant polished effect.

Different editions for different countries – Batman v Superman has also been made in 3D, and comes also with extra material for different retailers or countries. Therefore it is available with one or two discs, depending on the retailer. The French ultimate version has French title treatment.

Fearing the actions of a god-like Super Hero left unchecked, Gotham City’s own formidable, forceful vigilante takes on Metropolis’s most revered, modern-day savior, while the world wrestles with what sort of hero it really needs.  And with Batman and Superman at war with one another, a new threat quickly arises, putting mankind in greater danger than it’s ever known before.”