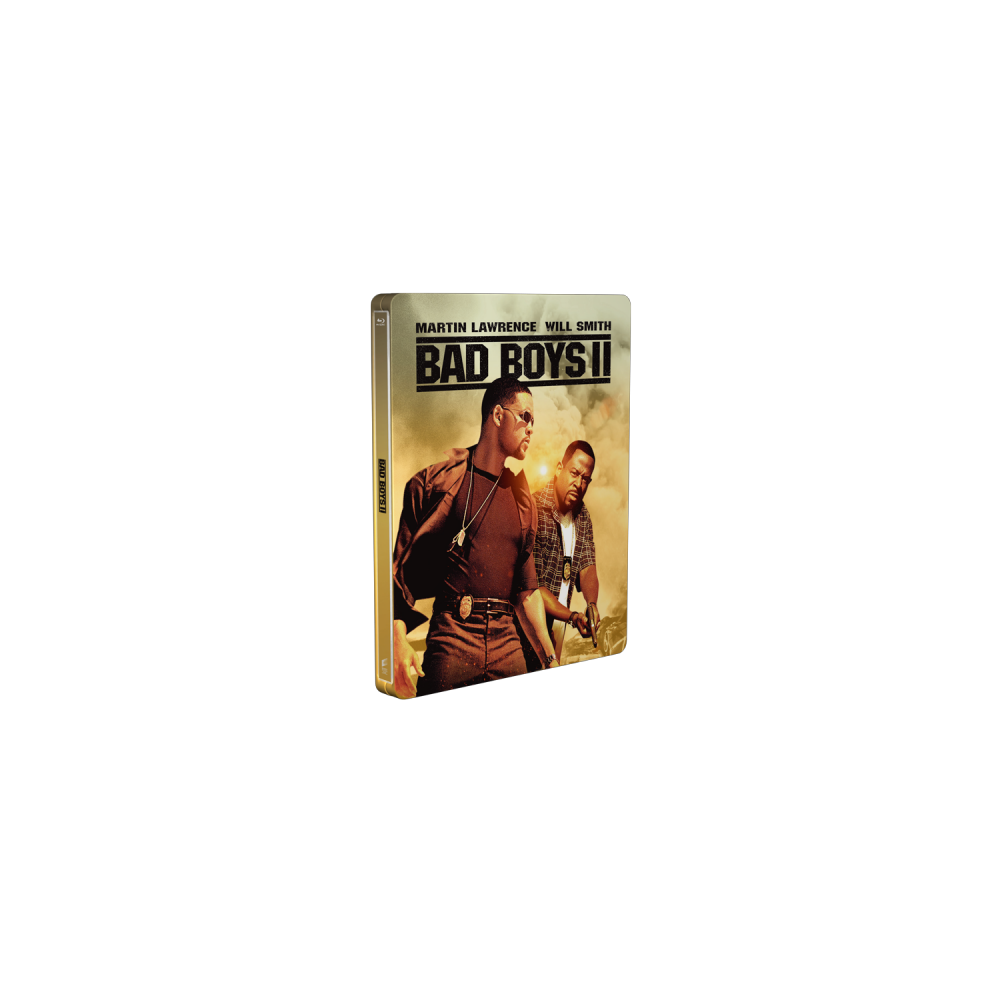 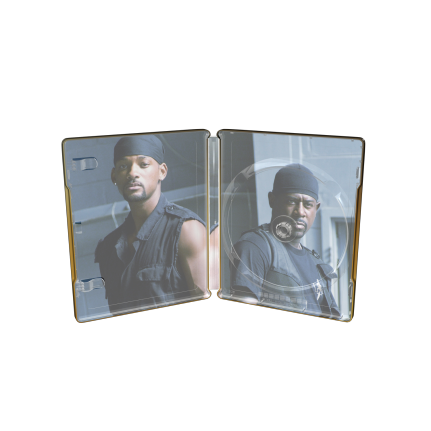 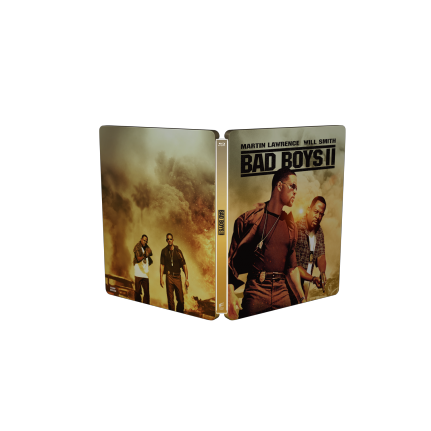 Hang on for maximum mayhem, full-on fun and the wildest chase scenes ever put on film! The action and comedy never stop when superstars Martin Lawrence and Will Smith reunite as out-of-control trash-talking buddy cops.

Bullets fly, cars crash, and laughs explode as they pursue a whacked-out drug lord from the streets of Miami to the barrios of Cuba. But the real fireworks result when Lawrence discovers that playboy Smith is secretly romancing his sexy sister, Gabrielle Union (Bring it On). Director Michael Bay (Pearl Harbor, Armageddon) and producer Jerry Bruckheimer (Pirates of the Caribbean, Black Hawk Down) deliver a high-speed, high-octane blockbuster that will blow you away! “…Year’s most action-packed and high-flying flick.” (Shawn Edwards, FOX TV).

Go get this SteelBook® Edition of BAD BOYS II – it is blessed with the coolest embossing and spot gloss!!!