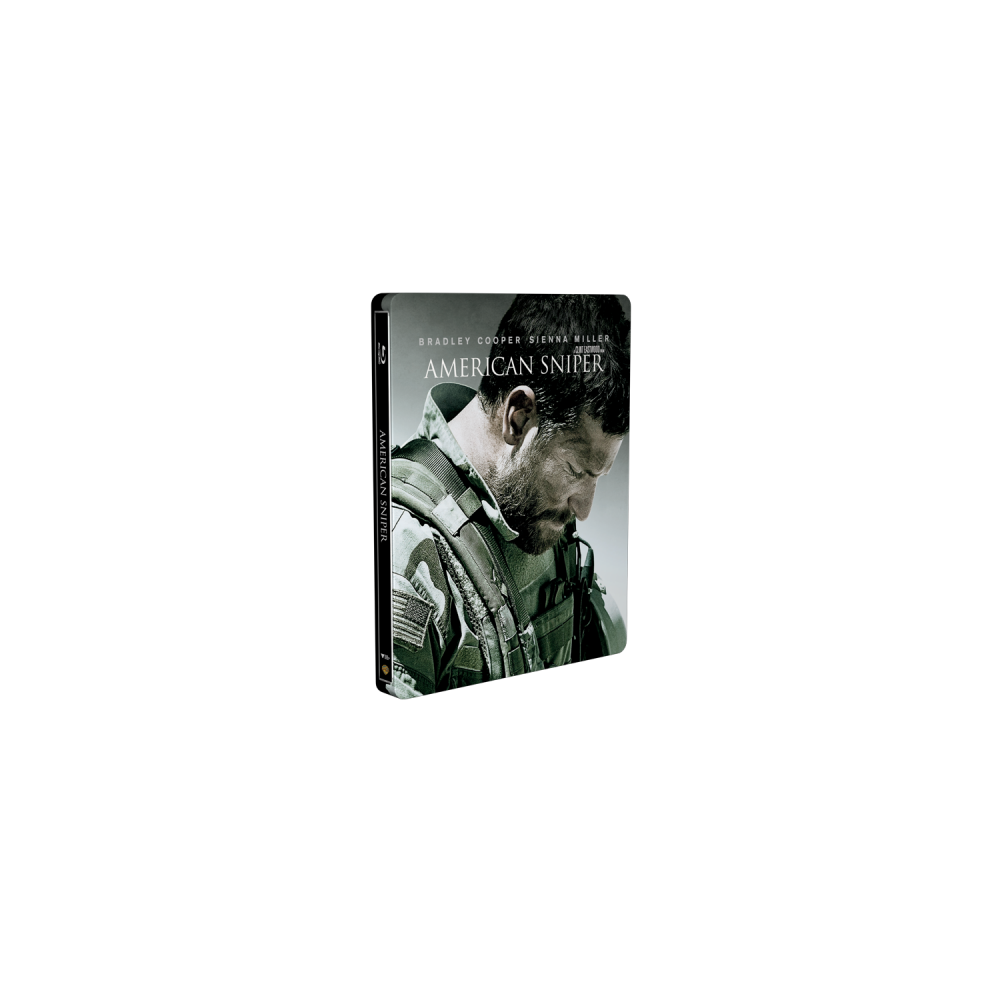 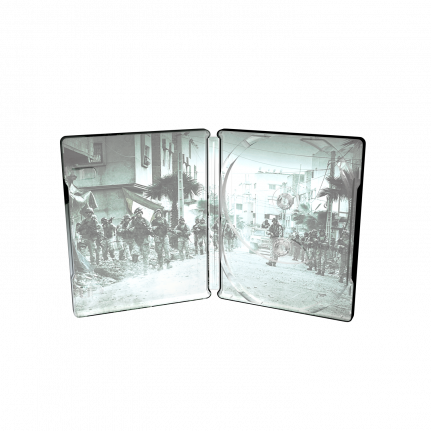 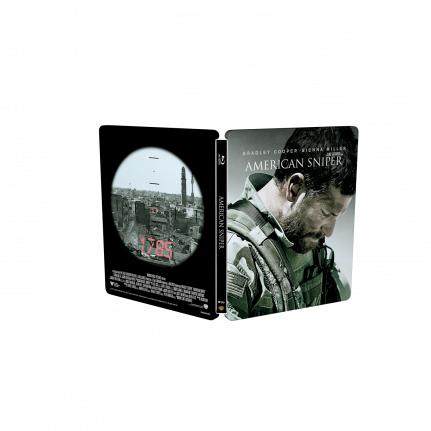 Clint Eastwood’s epic movie American Sniper got a fine treatment in this SteelBook® edition. The low-gloss varnish enhance the colours, while the metallic shine is used to create depth in the artwork.

Navy SEAL Chris Kyle is sent to Iraq with only one mission: to protect his brothers-in-arms. His pinpoint accuracy saves countless lives on the battlefield and, as stories of his courageous exploits spread, he earns the nickname “Legend.” However, his reputation is also growing behind enemy lines, putting a price on his head and making him a prime target of insurgents. He is also facing a different kind of battle on the home front: striving to be a good husband and father from halfway around the world.