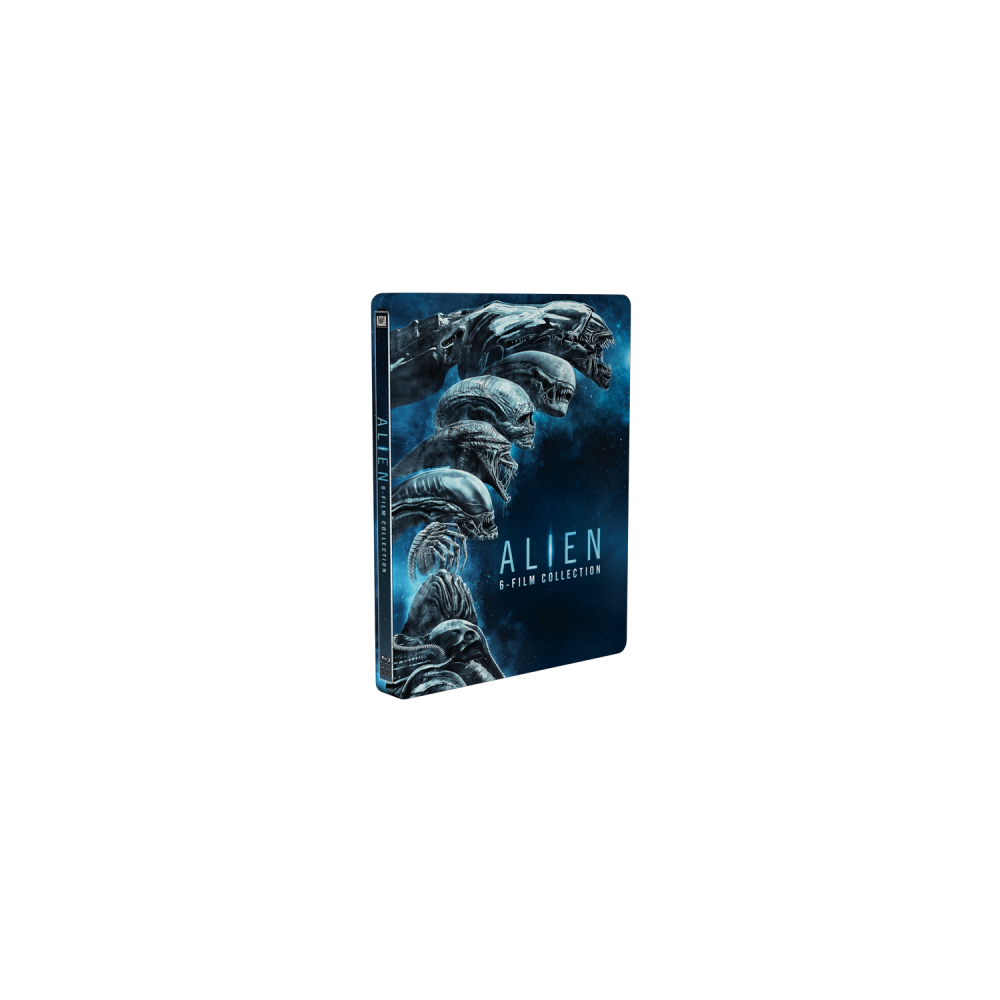 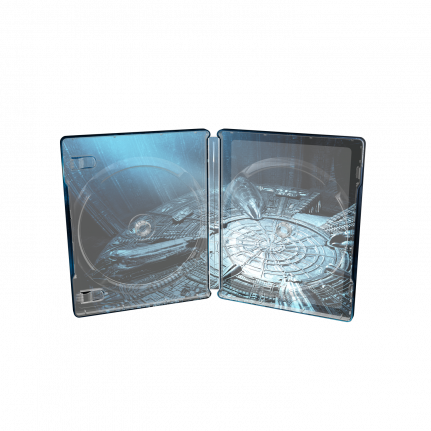 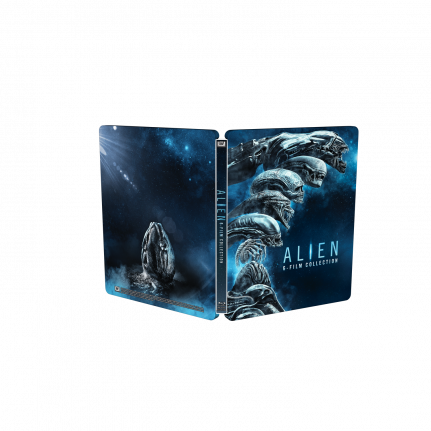 All six movies from the Alien franchise collected in one impressive SteelBook® edition.

In Ridley Scott’s ‘Alien’ (1979) the crew of the Nostromo starship are on their way back to Earth after completing a mission when they are diverted to a planetoid to investigate a cryptic message.

In James Cameron’s sequel, ‘Aliens’ (1986), sole survivor from the Nostromo Ellen Ripley awakens after 57 years in stasis, and with a team of Space Marines in tow she returns to the planetoid now named LV-426 to investigate the loss of contact with the terraforming colony in residence.

In Jean-Pierre Jeunet’s ‘Alien Resurrection’ (1997), 200 years after Ripley died bearing the alien queen, a group of scientists successfully produce clones of both her and the alien.

In ‘Prometheus’ (2012) a team of scientists known as The Company travel into space aboard the state-of-the-art Prometheus spacecraft to investigate the origins of human life on Earth.

Finally, in ‘Alien: Covenant’ (2017), set as a sequel to ‘Prometheus’ (2012), the crew of the Covenant discover a planet they believe to be paradise, but when they actually start to investigate they find a dark and dangerous world inhabited by a colony of creatures who are less than pleased to see them.